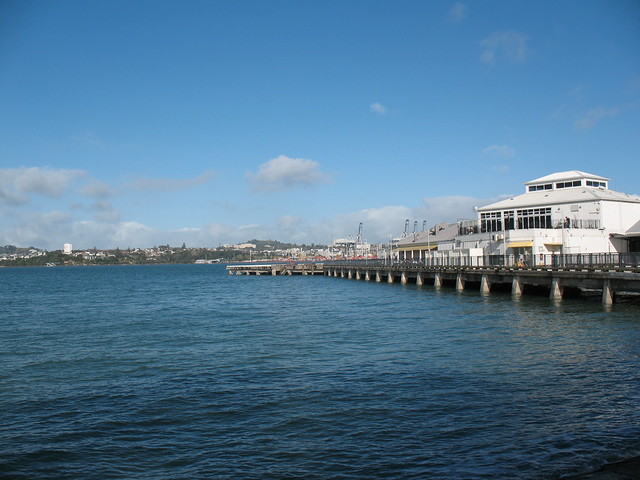 I deeply love Devonport. It’s a gentrified suburb on the North Shore of Auckland. It’s also, as the name suggests, a port town. You can even get there via ferry if driving around the harbor isn’t your style! (And let’s be honest; when aren’t they doing road works on the harbor bridge?) 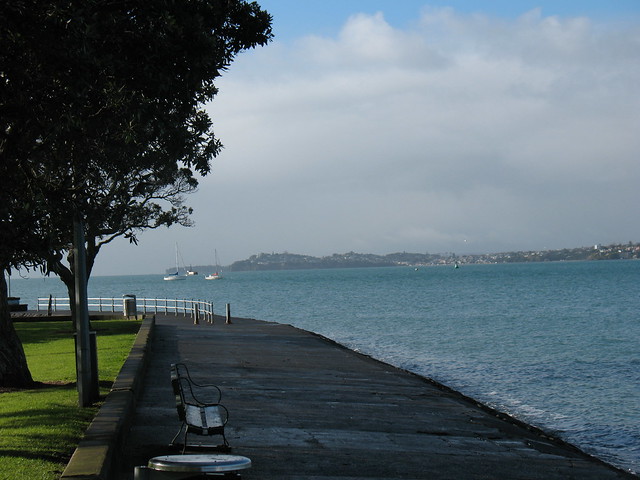 There is a pretty neat little park right near the wharf overlooking the harbor. The weather was pretty overcast on the day that I was there, as you can see. 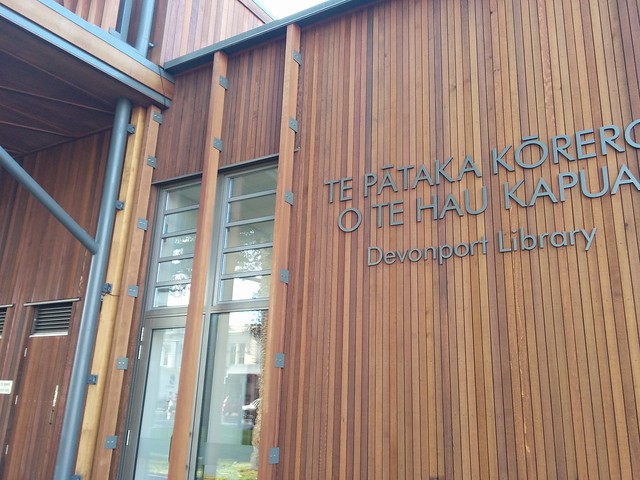 When I was here last, they were building a new library building (the library had been temporarily relocated to the i-Site). But now the new library is built! Apparently the Danish Agency for Culture has nominated the Devonport Library as a contender for public library of the year — one of only five nominees. We find out soon whether it wins or not! 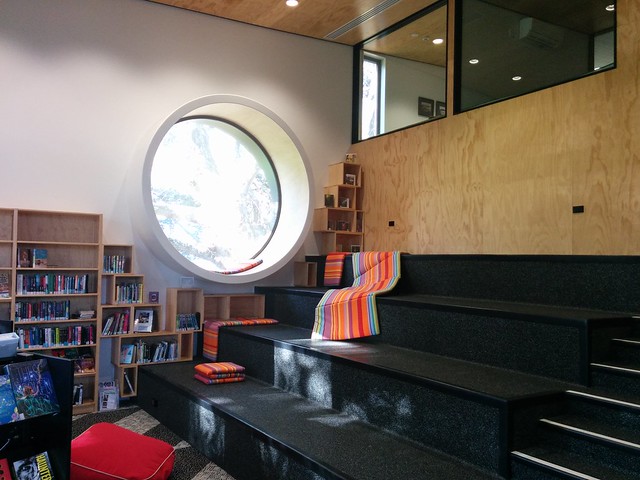 I’m stoked to see the Devonport library honored like this and I hope they win…but I’m also a little annoyed because New Zealand seem to value form very highly in their libraries but…er…don’t actually seem to have a very large number of books. I would honestly not be surprised to learn that my parents’ house has more books than the Devonport library. 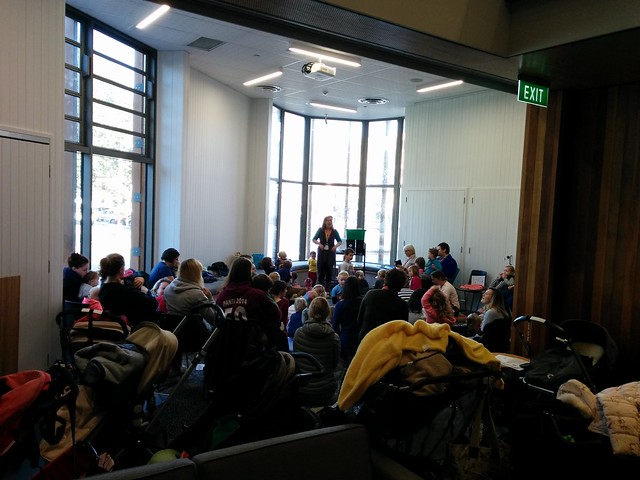 But it’s still a pretty neat place. Here’s some kids listening to a read-aloud. I spent an hour or so in the library just hanging out. I have tons of great memories of library trips when I was a kid, and I’m glad to see another generation getting the same experience. 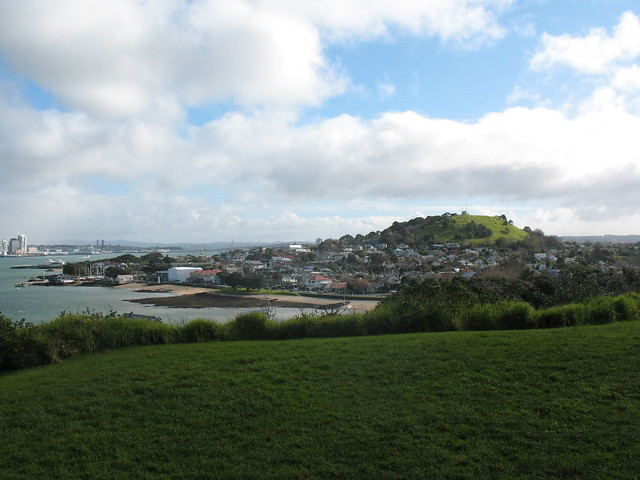 This is Mt. Victoria, which is really just a hill right smack in the middle of Devonport. It’s got a neat observation platform at the top so you can look out over the harbor if you are so inclined. 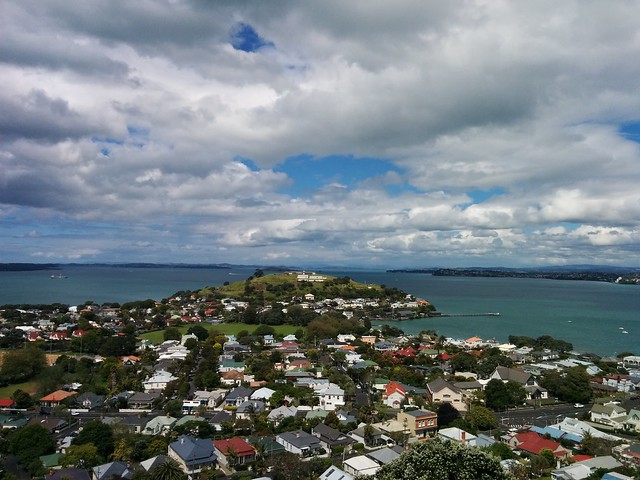 So there you go! That’s Devonport. I actually super cheated with this last photo, since it’s from my previous trip to NZ in 2014. I didn’t bother to climb Mt. Victoria this time around…because instead I climbed North Head, which is that hill in the distance in the above photo (and where the photo of Mt. Victoria was taken from). My next post will be photos from that climb!