As mentioned in the last post, the city of Auckland is divided by the Waitemata Harbour. One crosses from the city to the North Shore by taking Motorway 1 across the Harbour Bridge.

The North Shore is a very cool place. It’s also quite a large place, in its own right, and exploring it would take a while. From the cozy little town of Devonport (one of my favorite places!) to the up-and-coming suburb of Albany and from Long Bay to Kauri Point, there’s a lot of ground to cover. But I’ve got to start somewhere, so after peeking under the Harbour Bridge, I drive up to Takapuna Beach. 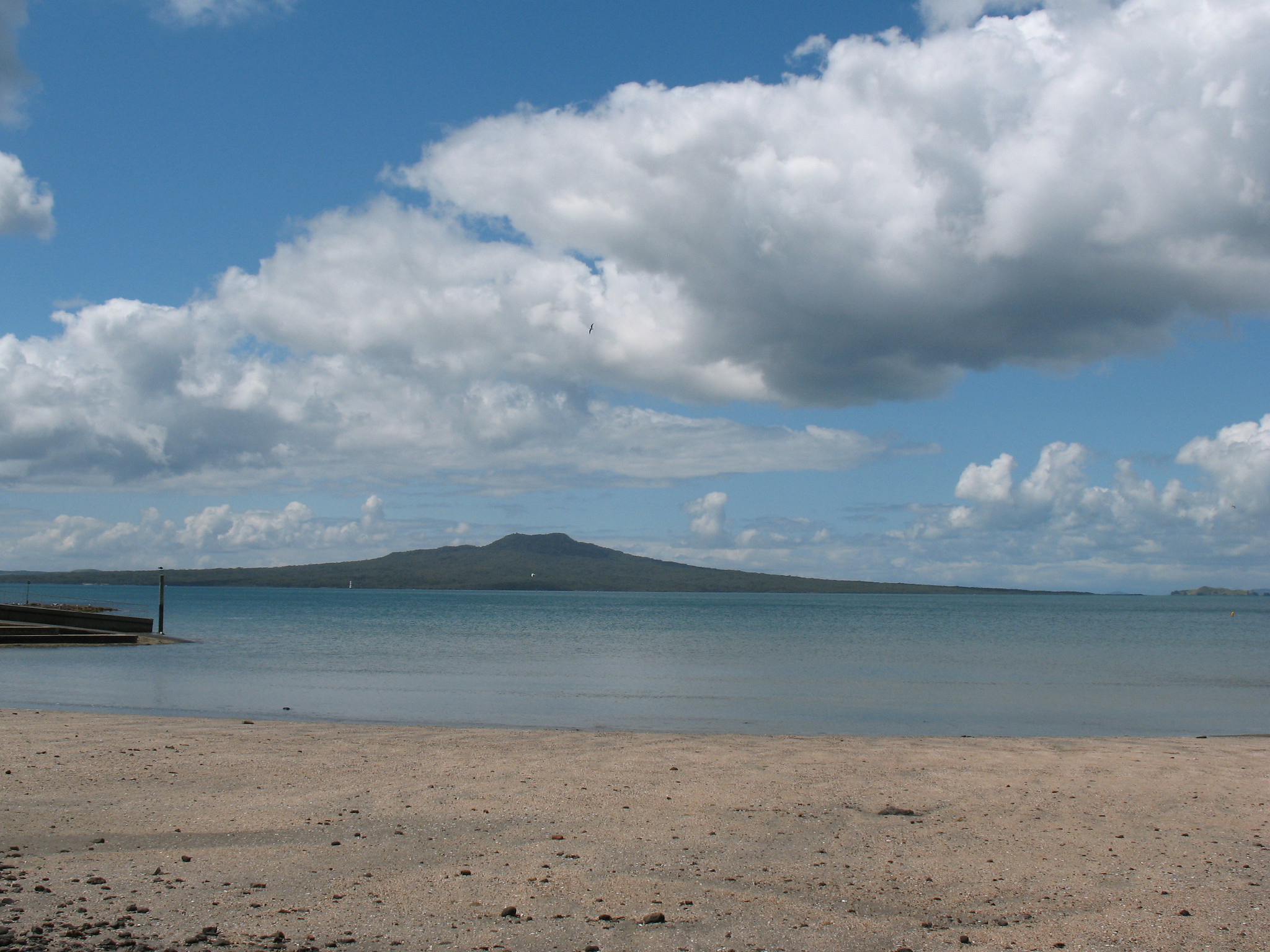 The beach offers a nice view of Rangitoto! 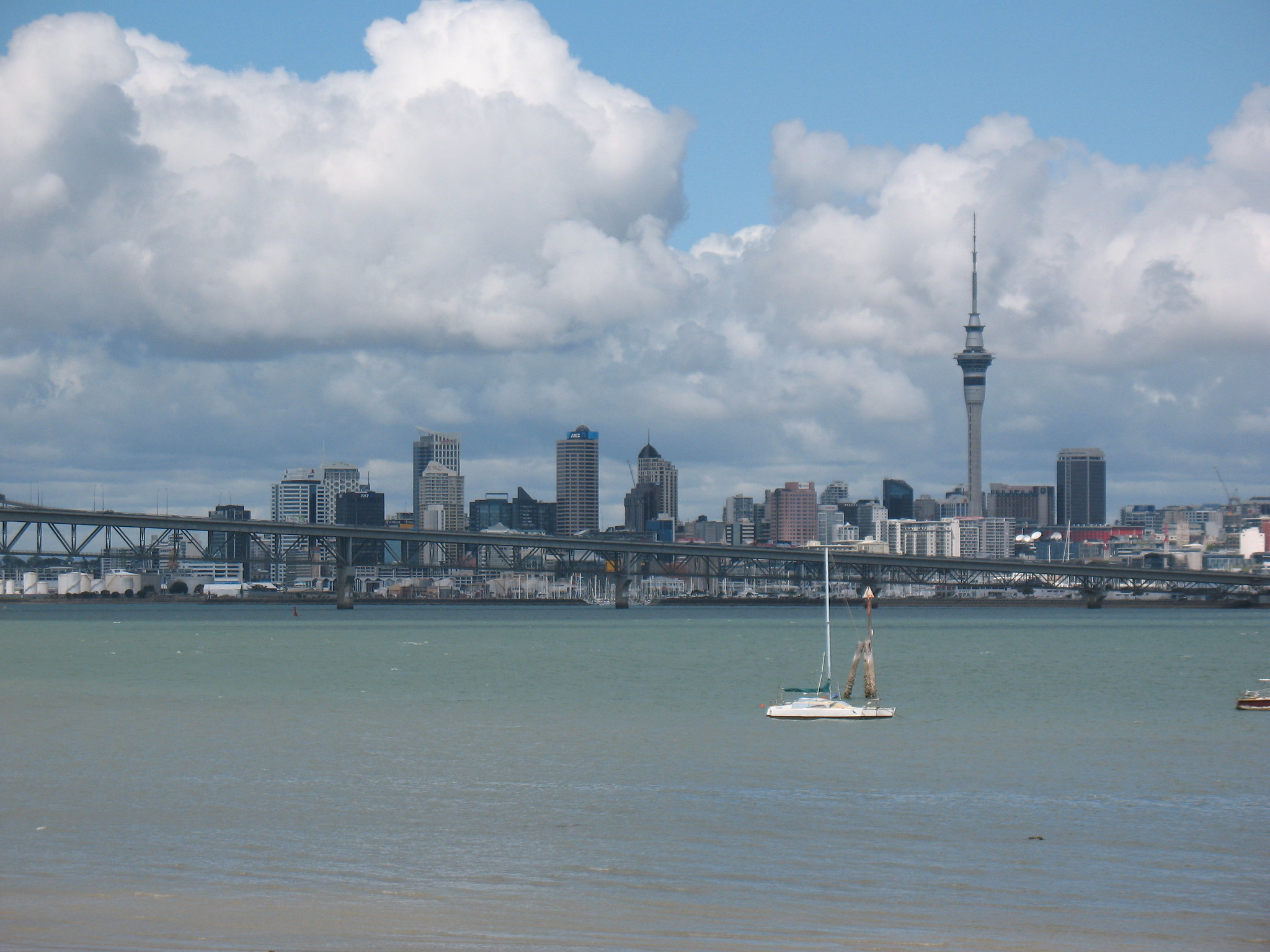 Also a nice look into Auckland with the Harbour Bridge in the foreground. I used another picture from Takapuna Beach as the intro photo for the last post :) 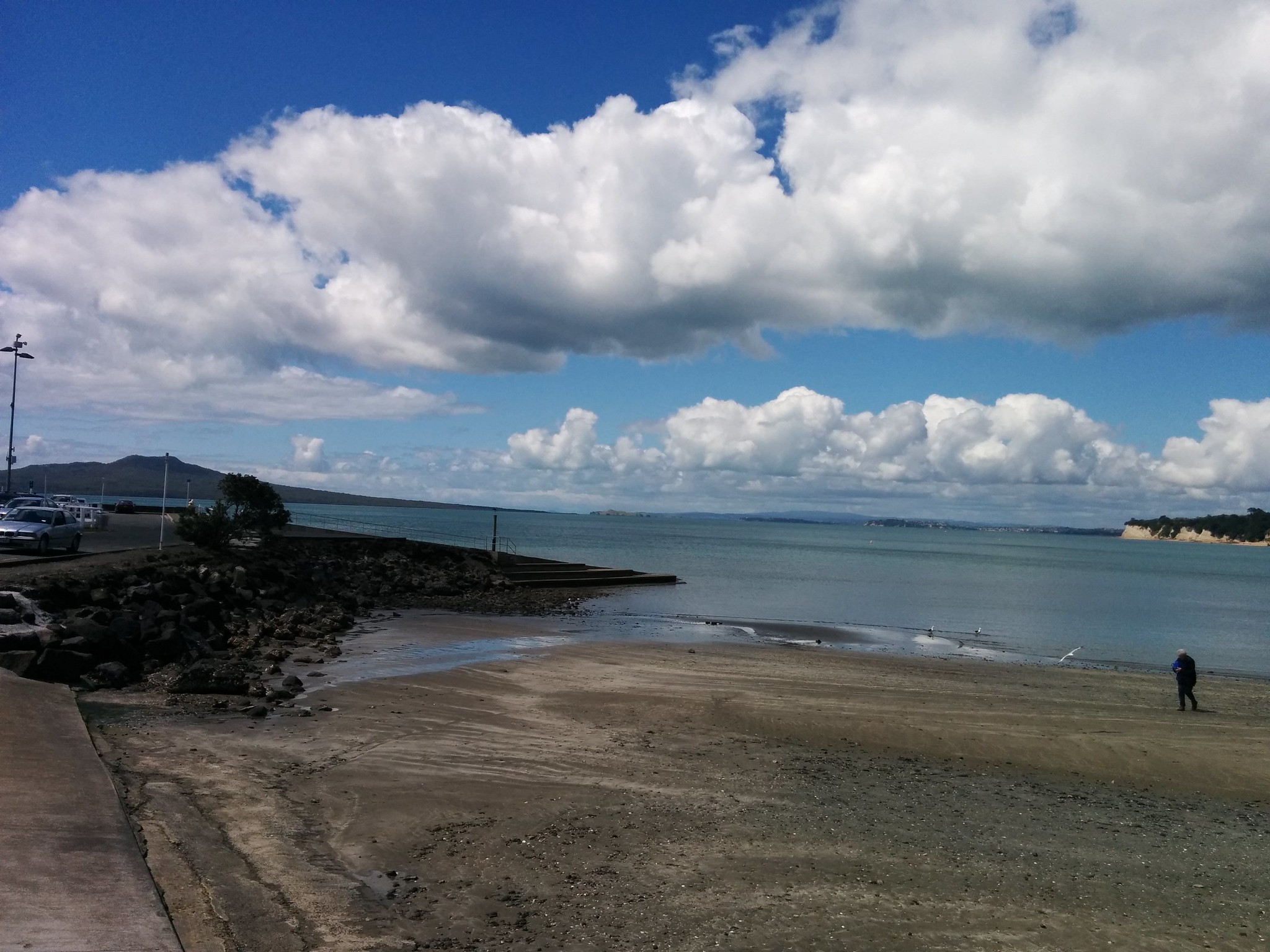 I stopped by a nearby food joint called the Burger Bach (pronounced “batch”; it’s like a beach house) and picked up some tasty morsels for lunch. It may be the…hmm…perhaps third best burger place I’ve tried in Auckland? Should I post a list of the best burger places? Anyway, there are some picnic tables and benches, but they were all in use so I sat on a concrete wall. I avoided taking pictures of people, as is my wont, but some of them snuck in without my permission.

After walking around Takapuna Beach for a while, I ambled  on up to Killarney Park, on the Southern shore of the vaguely heart-shaped Lake Pupuke. 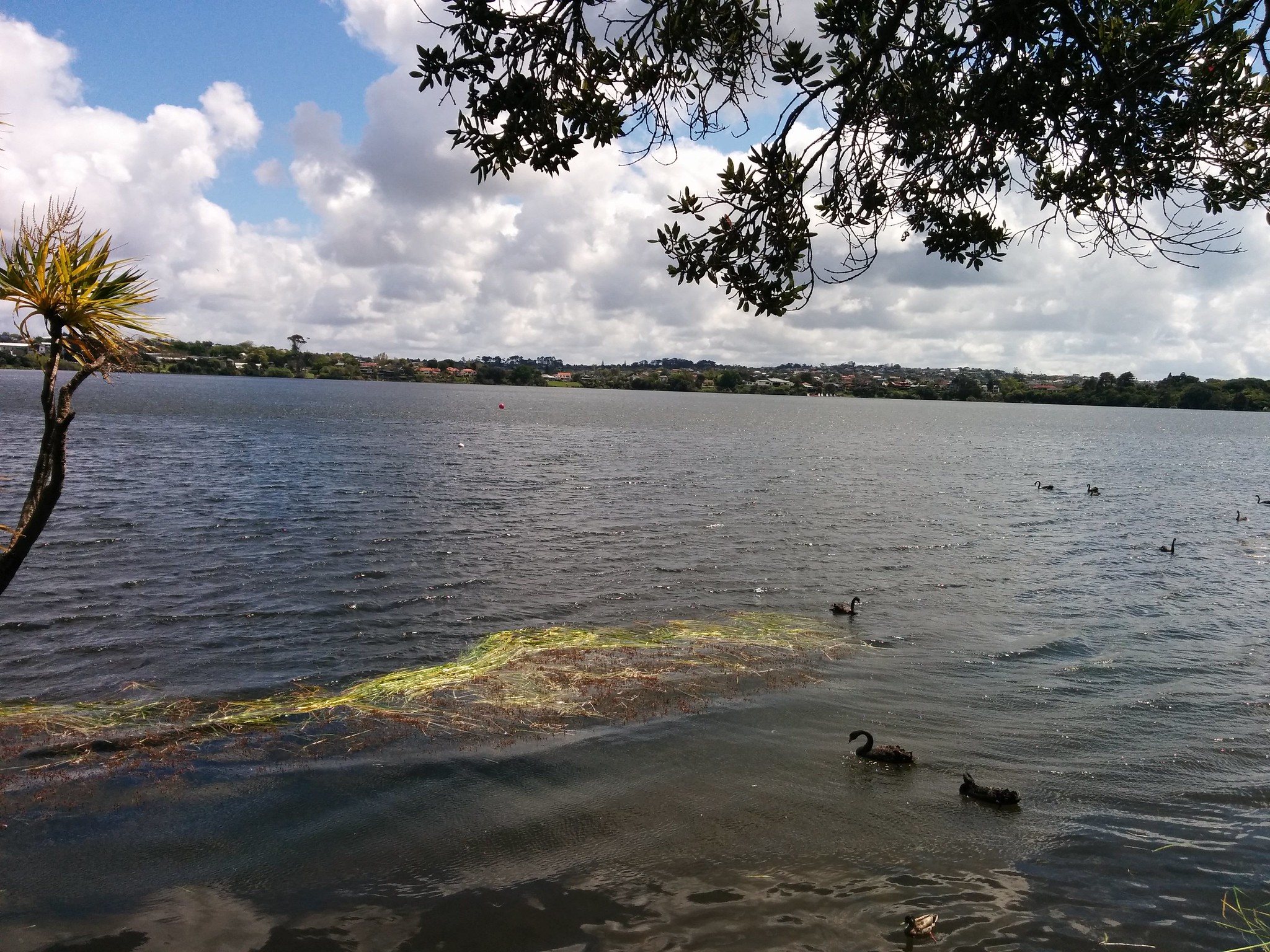 Some of Auckland’s ubiquitous ducks were in attendance. 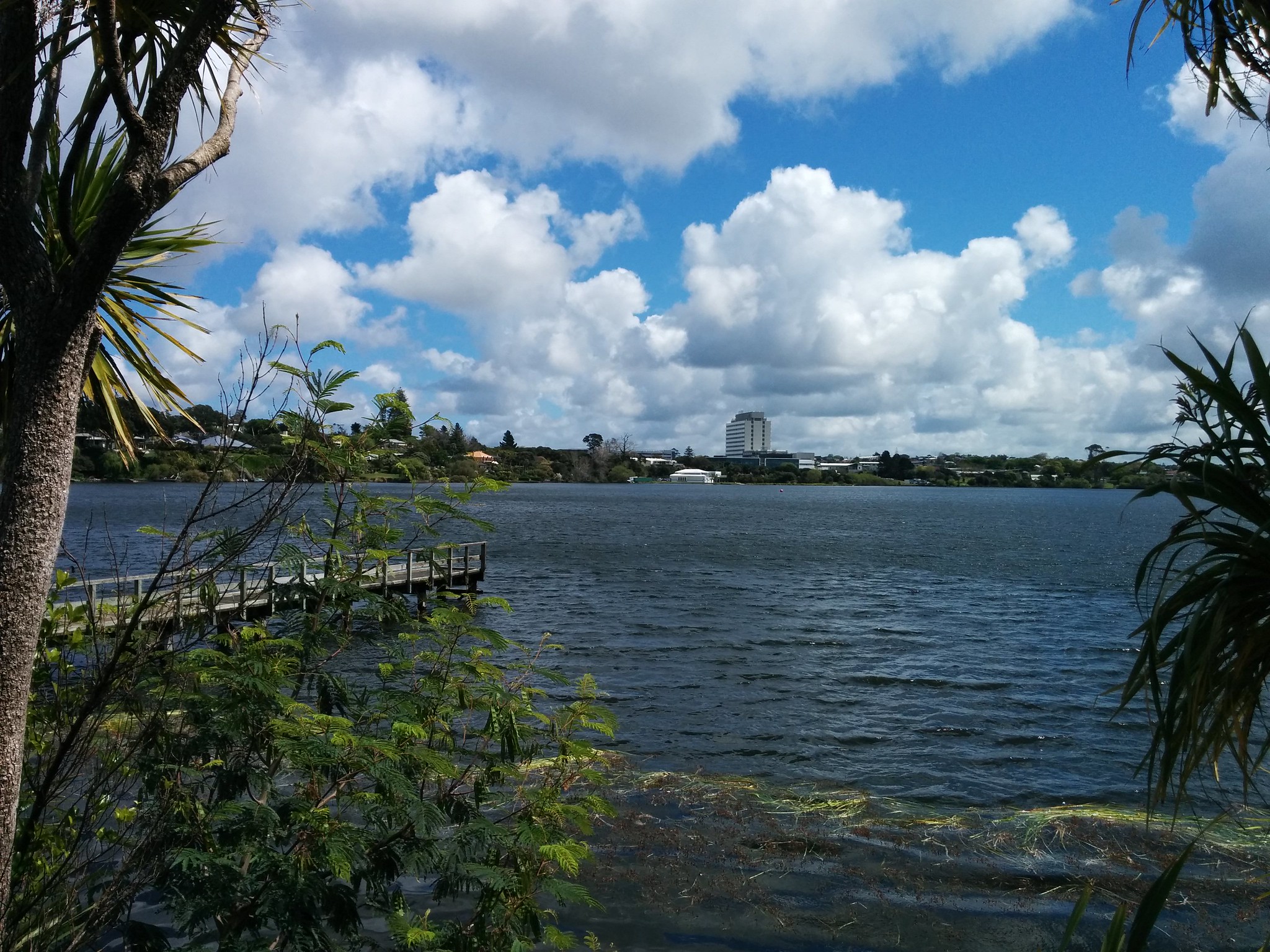 The park was quite pleasant. Compared to Auckland’s beaches, the larger lakes such as Lake Taupo, or even the similarly-sized Lake Rotopounamu, I did not fine Pupuke to be high on my list of must-see attractions. But it is nice and peaceful and makes a good complement to a park such as this one. 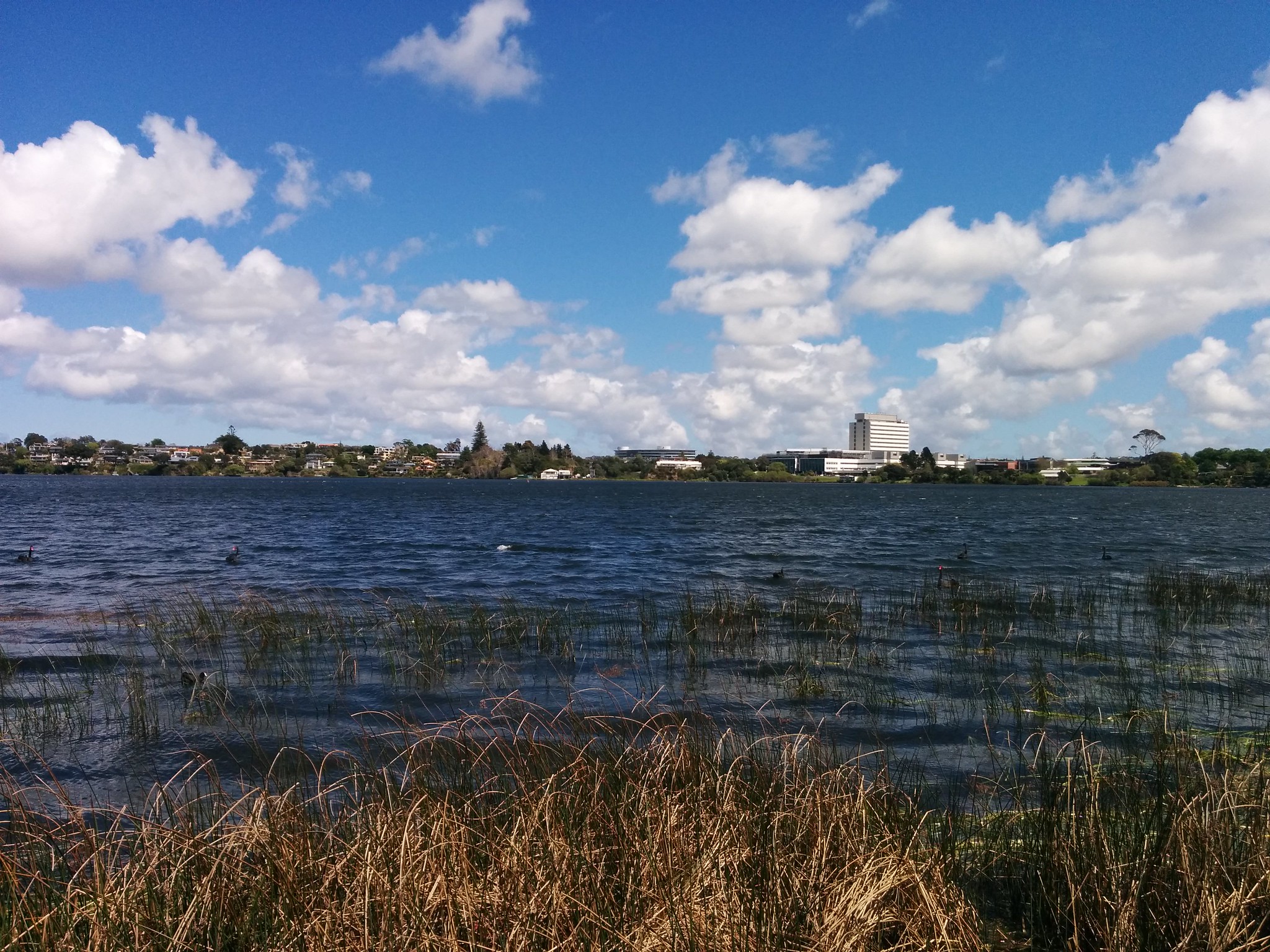 I then drove to the other side of the lake and visited Sylvan Park. Like its Southerly counterpart, Sylvan Park was pleasant and peaceful and…well, also a bit boring. So sorry! Maybe I just wasn’t in a park mood that day. 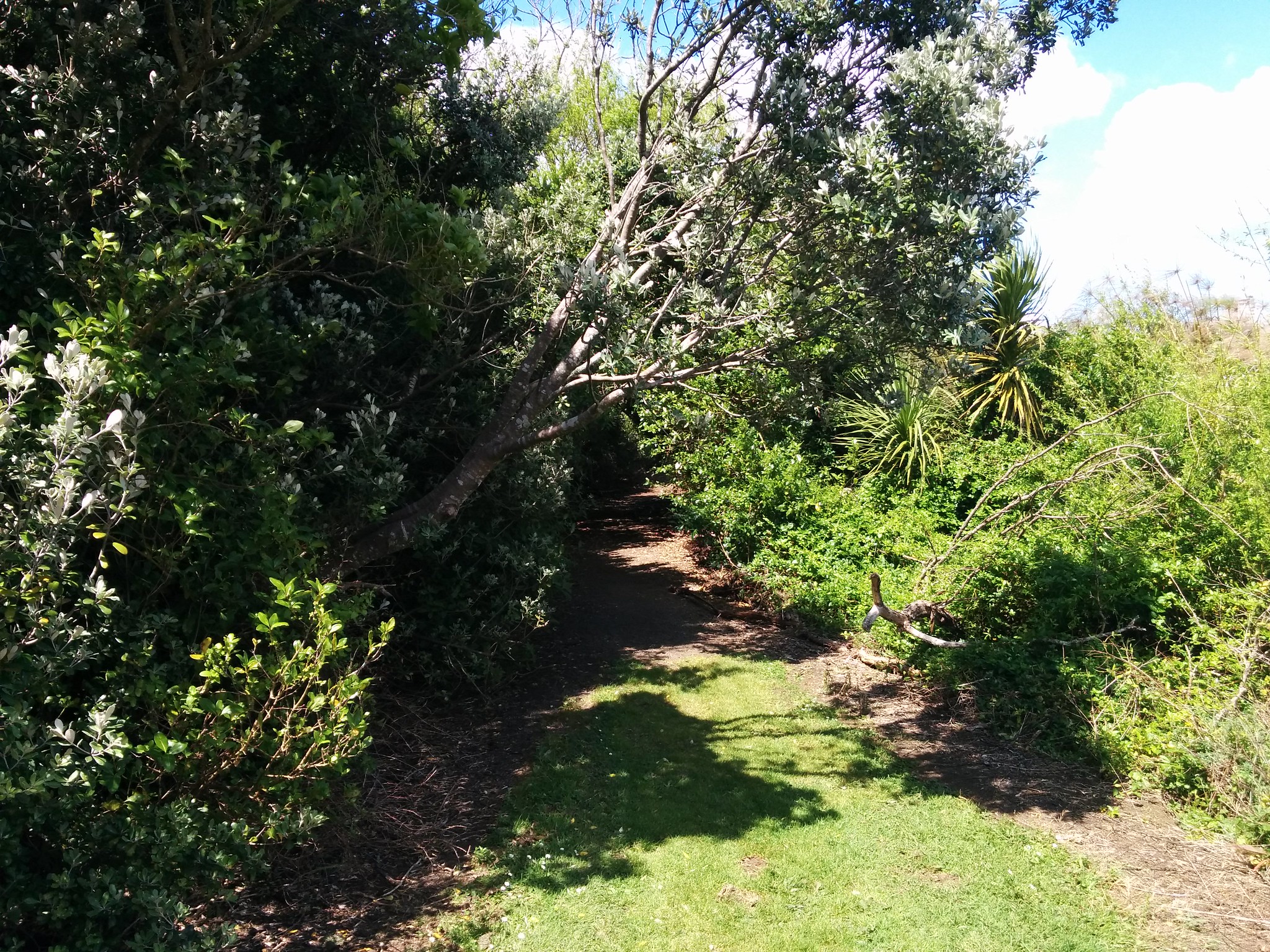 The park did have these winding paths — I hesitate to call them trails, since they are quite short — which facilitated the sort of meditative strolling that parks are quite pleasant for. 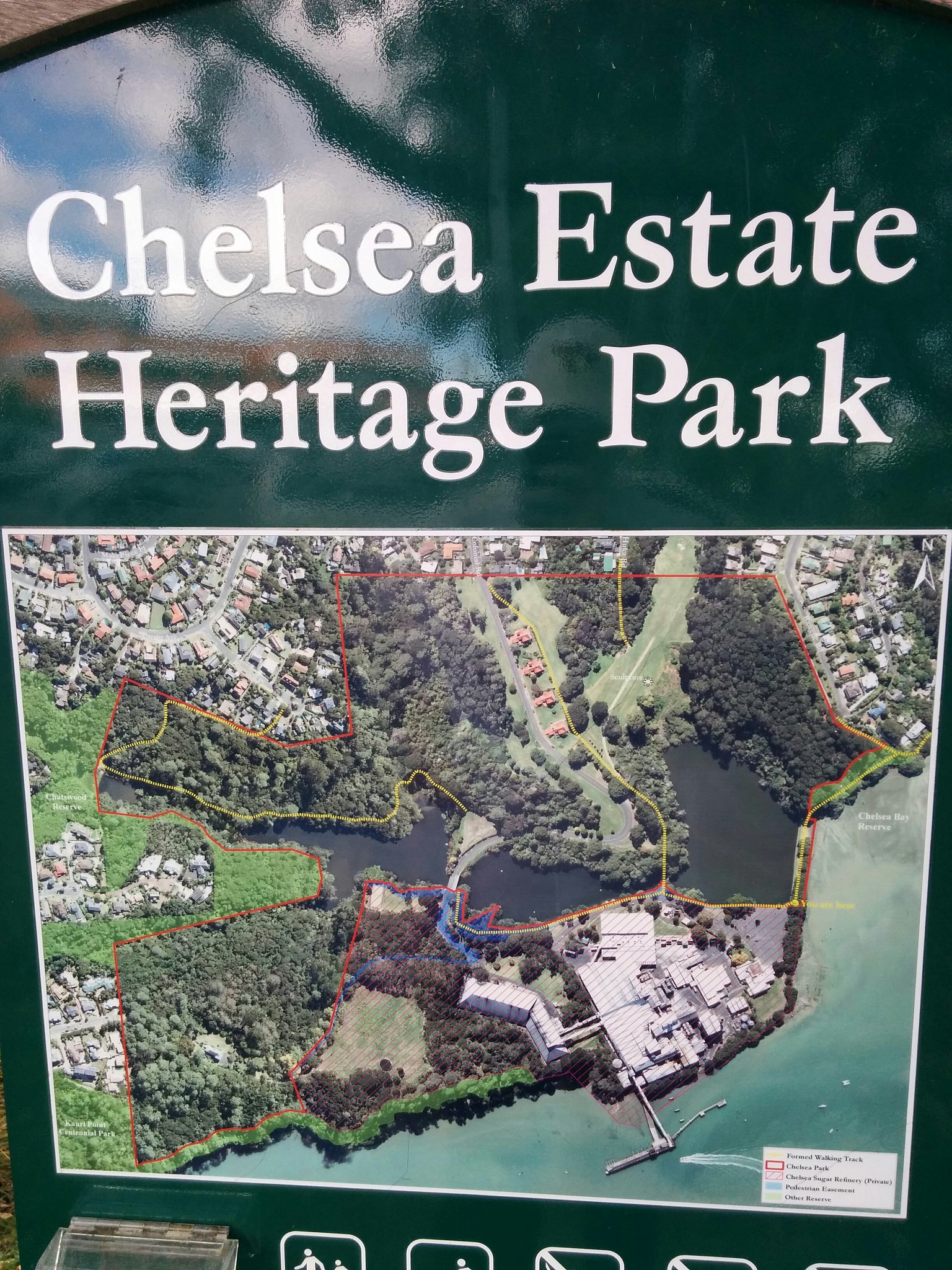 Having given Pupuke all the time I felt it deserved, I then drove down to the, er, South shore of the North Shore to the Chelsea Estate Heritage Park. Chelsea Park is on Chelsea Bay and is adjacent to the Chelsea Sugar Refinery. One might assume there’s a family by the name of Chelsea who are quite wealthy, but the refinery was named after Chelsea, England. Boring. 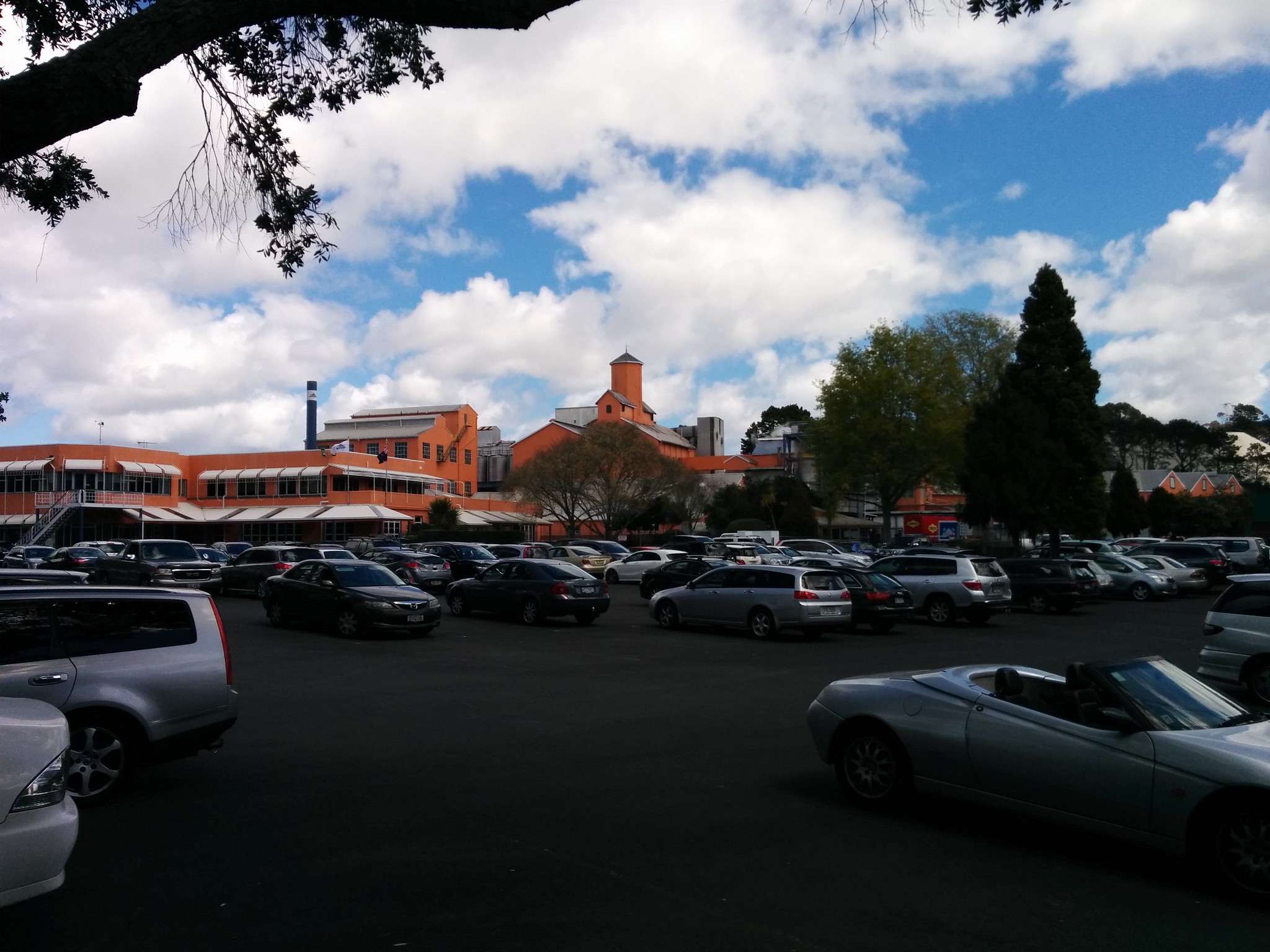 I parked actually at the refinery itself, which is a quite cool building. Even after the rainy start I had enough confidence in the weather to leave the top down! 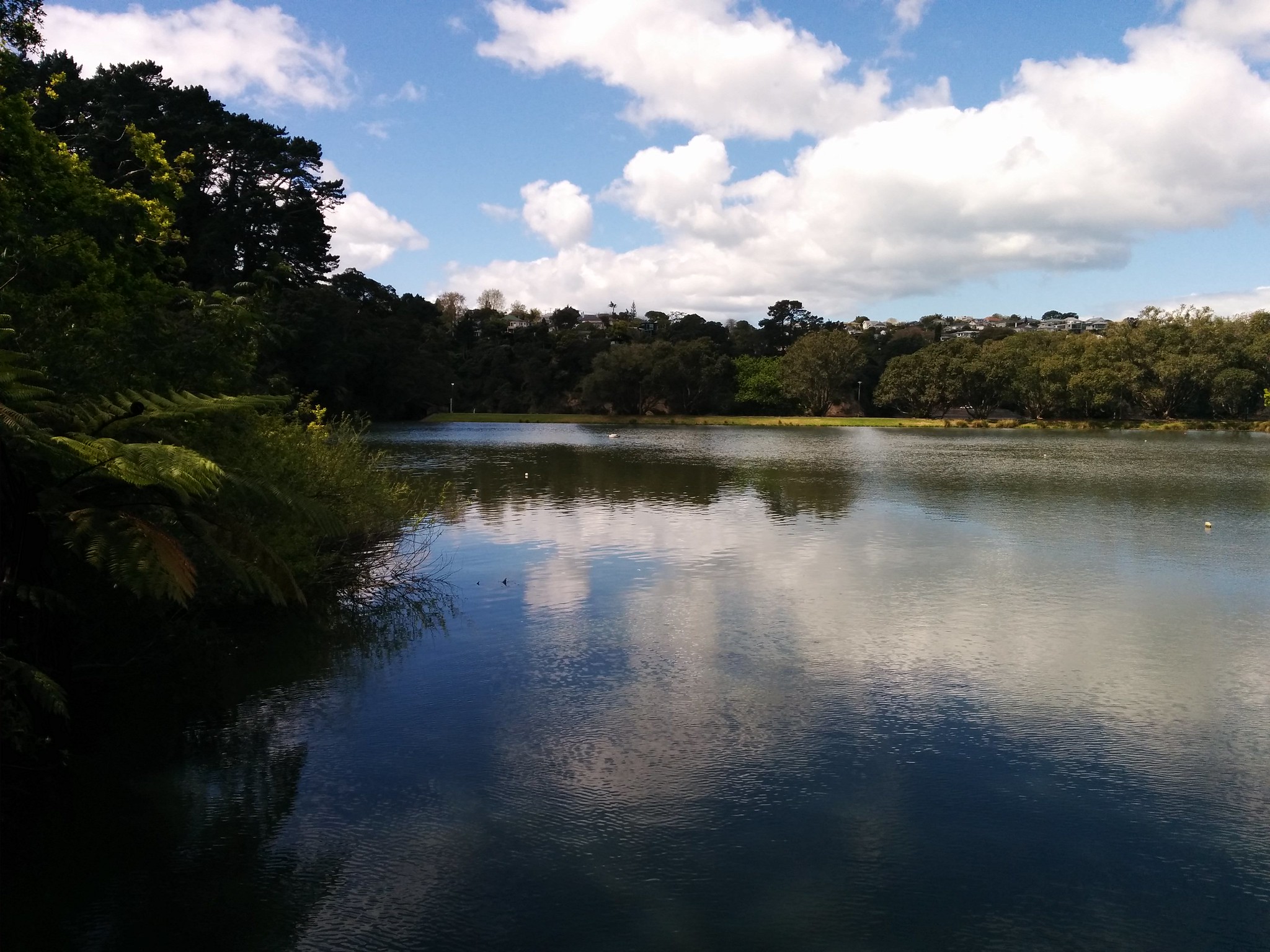 As you can see from the trademark New Zealand Vaguely Useful Map three pictures up, the refinery borders a reservoir as well as the Bay. Both are nice. 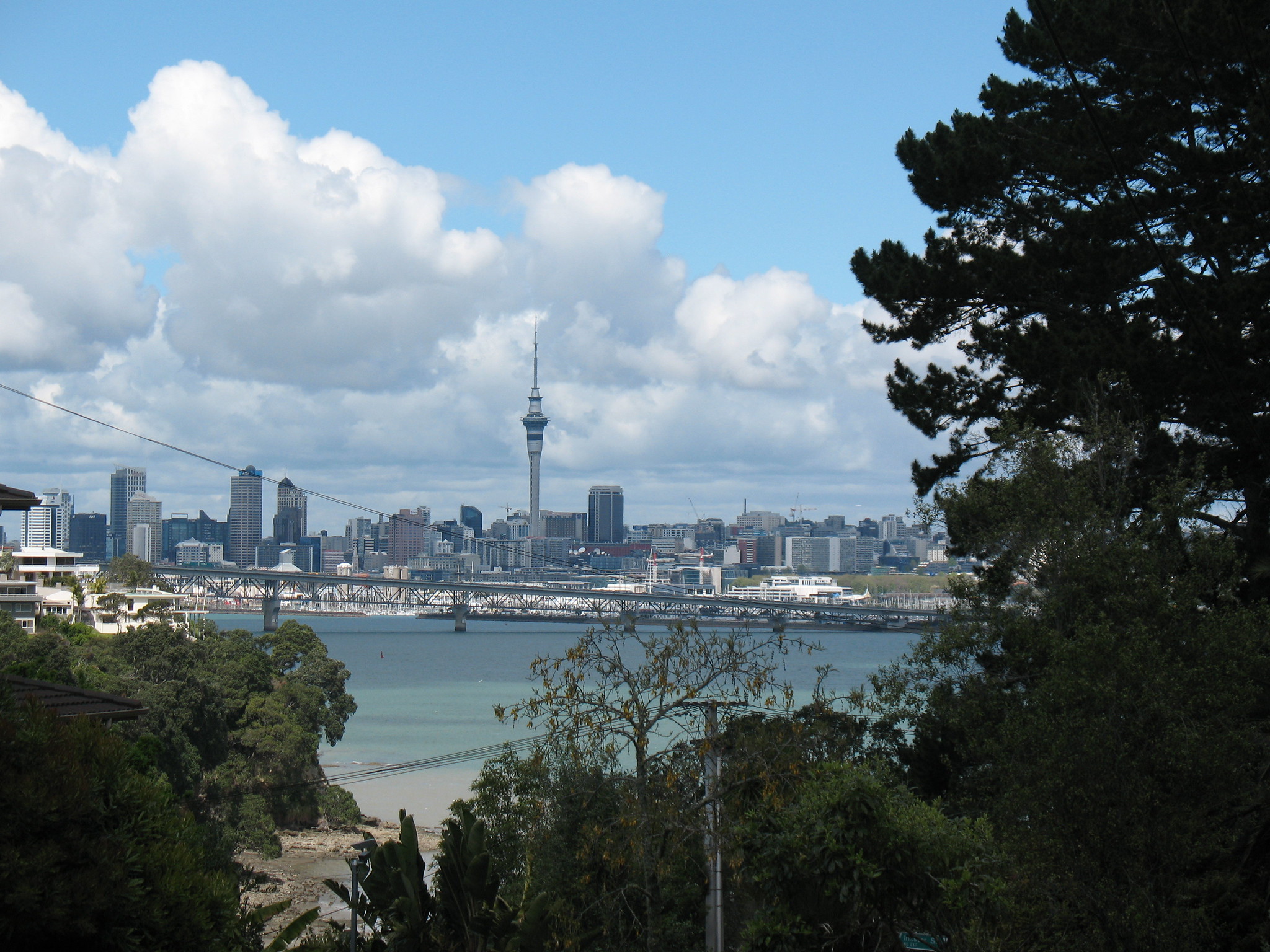 Unlike the two parks, which left me barely whelmed, the Chelsea Reserve was quite enjoyable. Some hiking around yielded a peek through the trees at yet another view of Auckland. 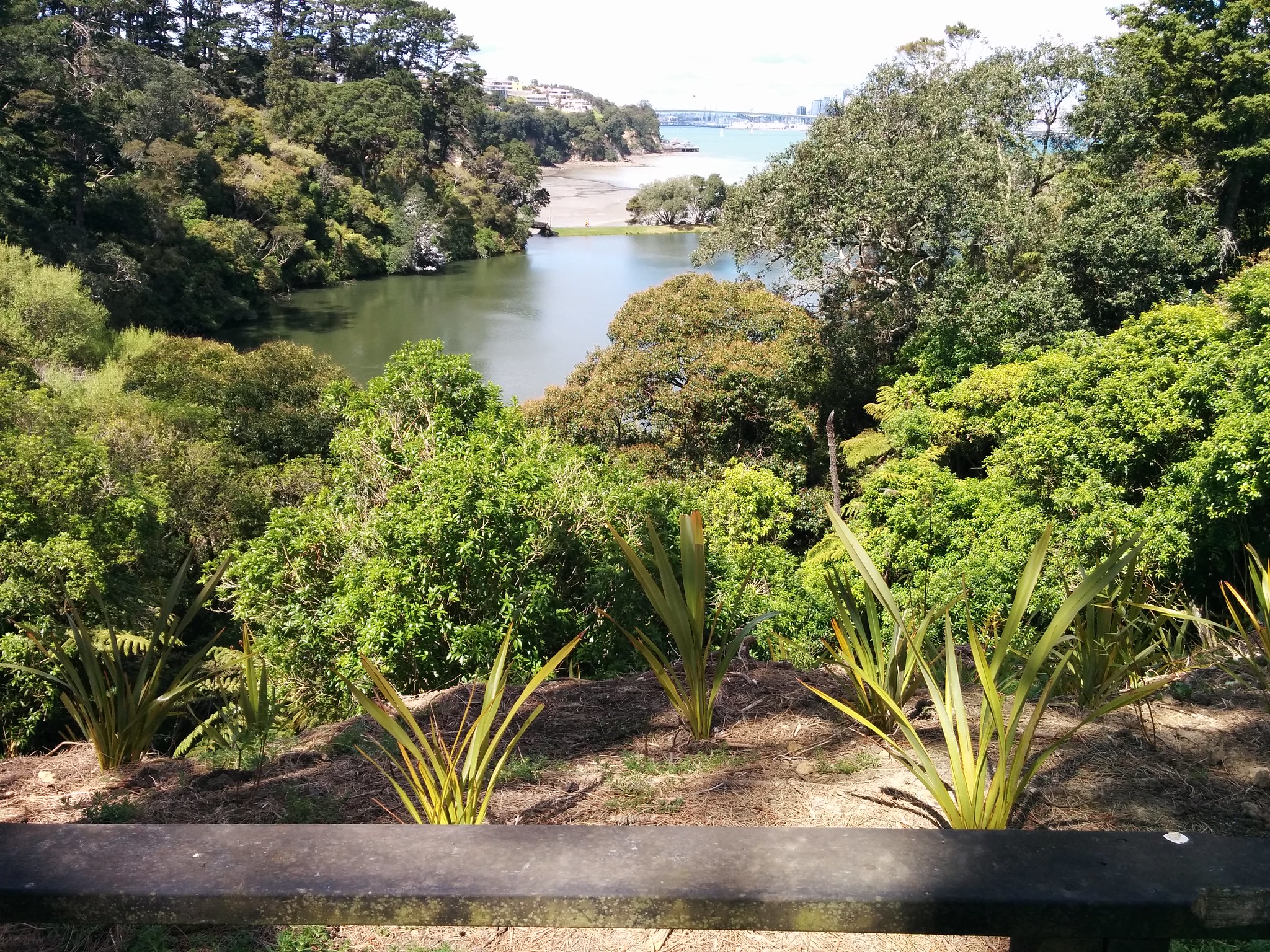 Pausing briefly from my obsession with my current place of residence, I took a photo of the reservoir from the same vantage point. 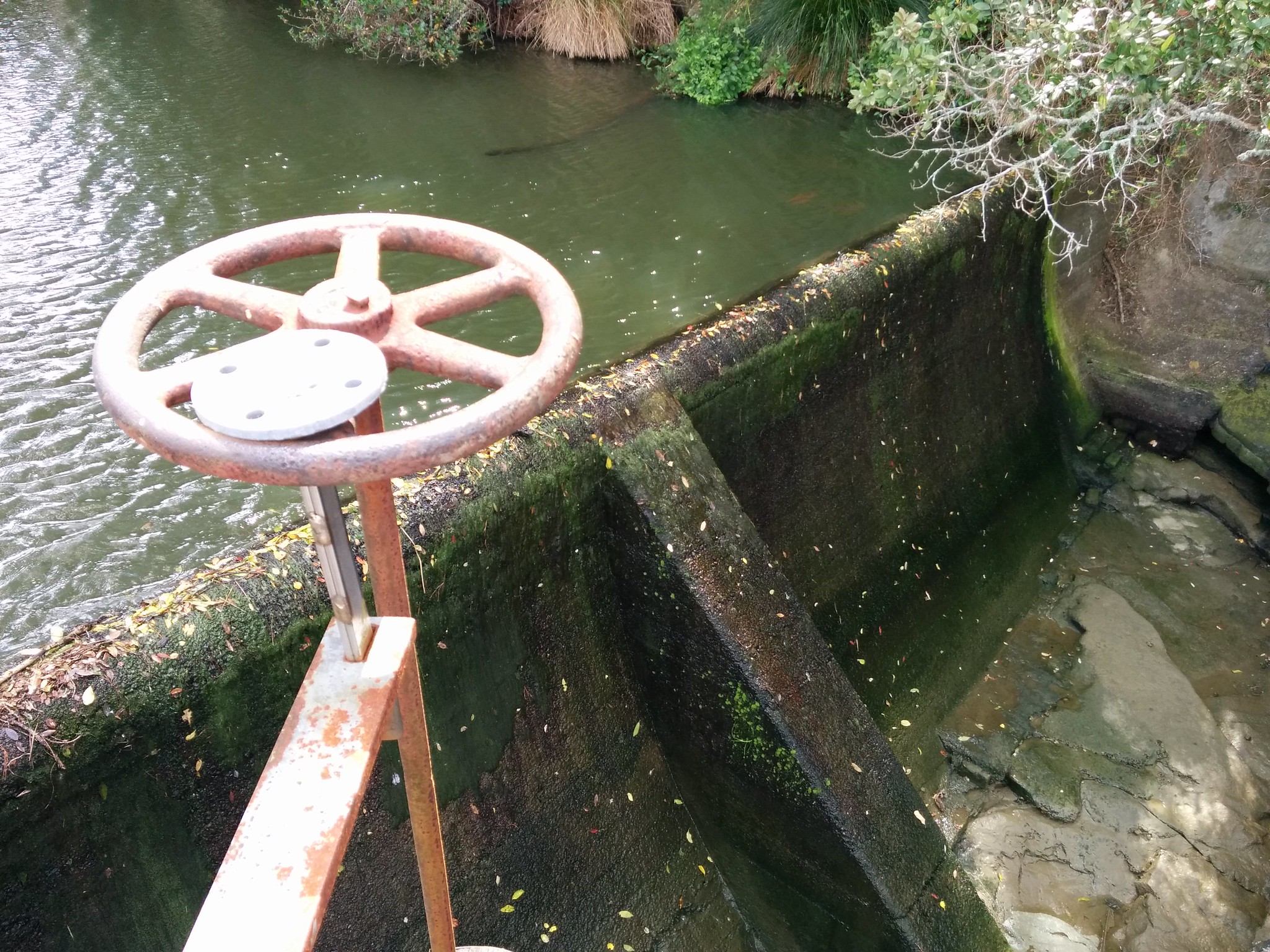 I found the dam for the reservoir. I believe this sort of dam is called a weir. I deeply wanted to fiddle with the valve wheel, but it was locked to prevent folks like me from messing with it. 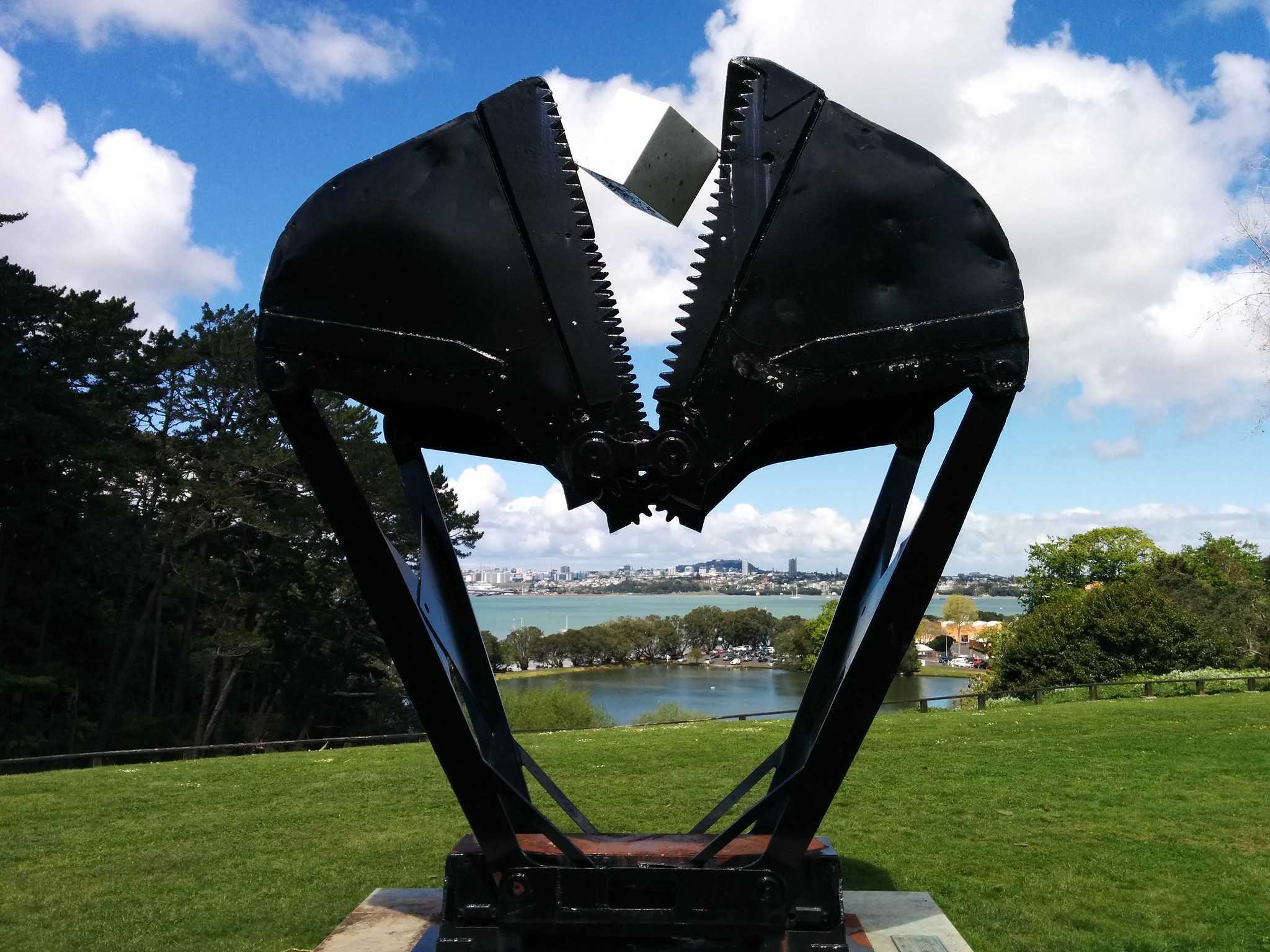 There’s also this odd sculpture thing, made from bits of old industrial machinery. I like the framing of this shot *pats self on back*. 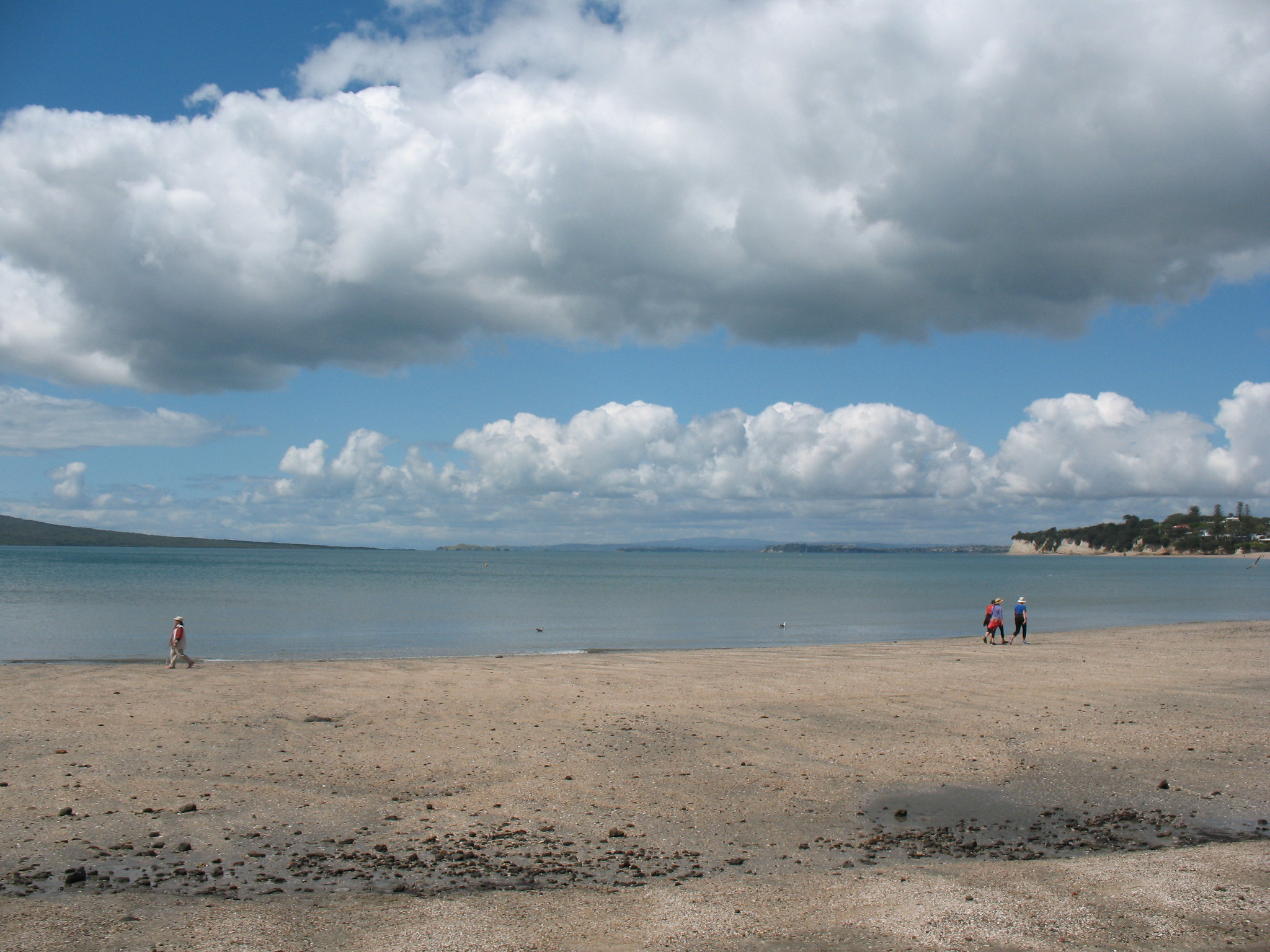 So that was my little jaunt up to the North Shore. I hope some of it was interesting!

You know, I haven’t really posted anything similar about Auckland Central. So next week we’re going to explore a little bit inside the city.