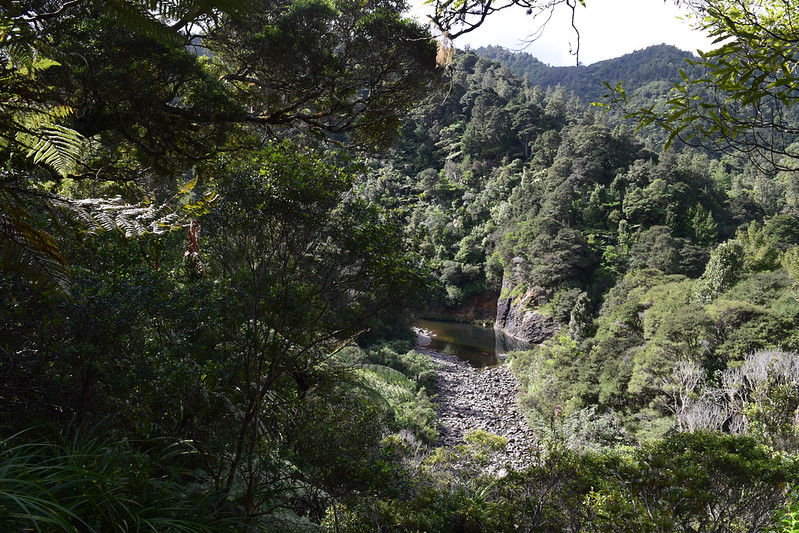 Jordan told me about a spot in the Coromandel called Hoffman’s Pool, named after the grandfather of one of his co-workers. Since we were going out that way anyway, we decided to stop by.

Type “Hoffman’s Pool” into Google Maps and it takes you to someplace in Oklahoma. A quick web search will find it for you, and it seems to be pretty well known once you actually make it to Kahikatea Valley, but it’s definitely not a Top Spot. Perhaps the absolutely terrible gravel road leading up to it has something to do with that. Fortunately, I was driving someone else’s car. (If you’re confused about why I was driving someone else’s car, you should really read part 1 of the Coromandel posts first). 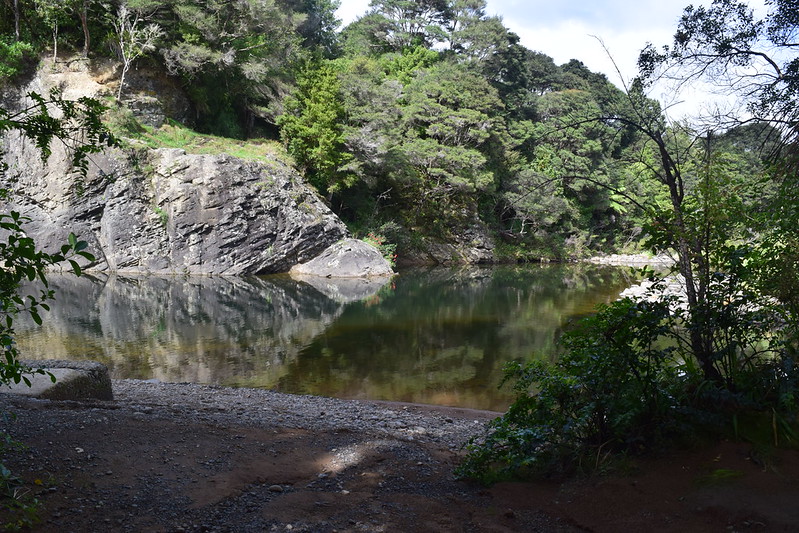 In any case, it’s just a short walk from the so-called road to the pool, and the pool itself is beautiful. A nice, shaded pebble beach and a picturesque cliff face on the other side. 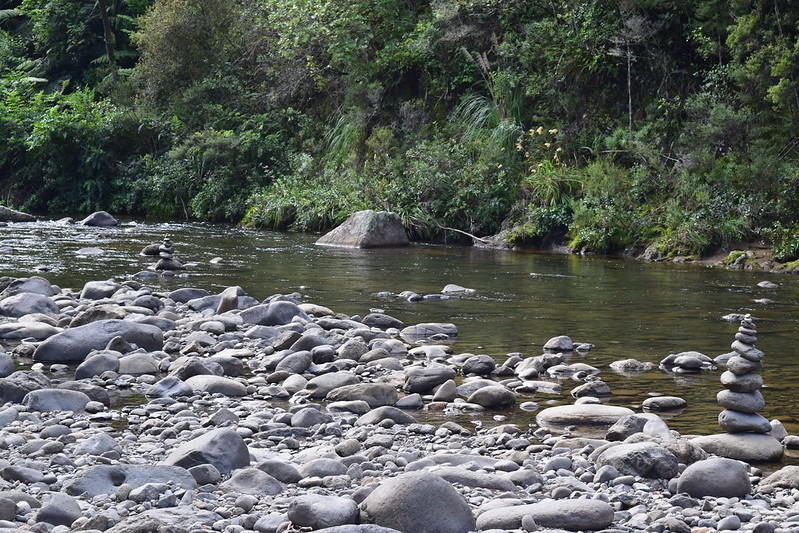 Off downriver there’s a rockier area where somebody built one of those Piles o’ Rocks(tm) you see around. All in all, a very peaceful spot. 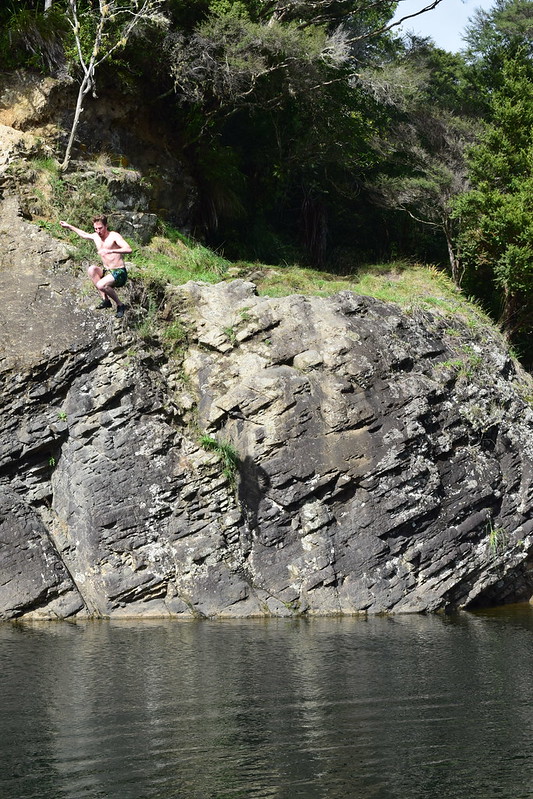 Naturally, we respected this tranquility by leaping off the top of the rock face.

My usage of the word we should not in any way imply that I was involved in said leaping. But I did photograph and film it, so in a way I did take part.

Our mission was to throw a disc up and have someone jump off and catch it in midair.

After about twenty fails (not included in the video), Jordan managed to make the catch (the throw was by Taylor). Lukas served the vital role of retrieving the disc when it hit the water (which, as previously mentioned, was frequent) — disc golf discs sink rather than float. 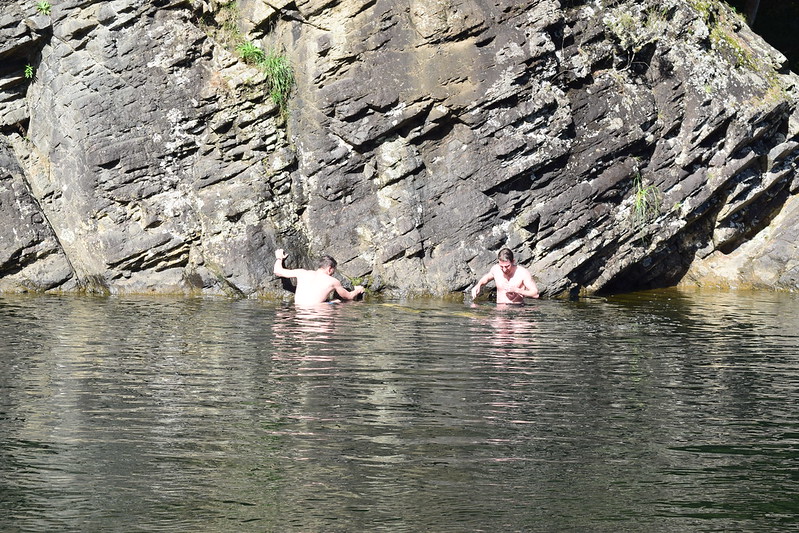 Other things that sink include GoPro cameras, so we had a brief break when Jordan’s GoPro fell off Taylor’s head and sunk something like 7 meters to the bottom of the pool. 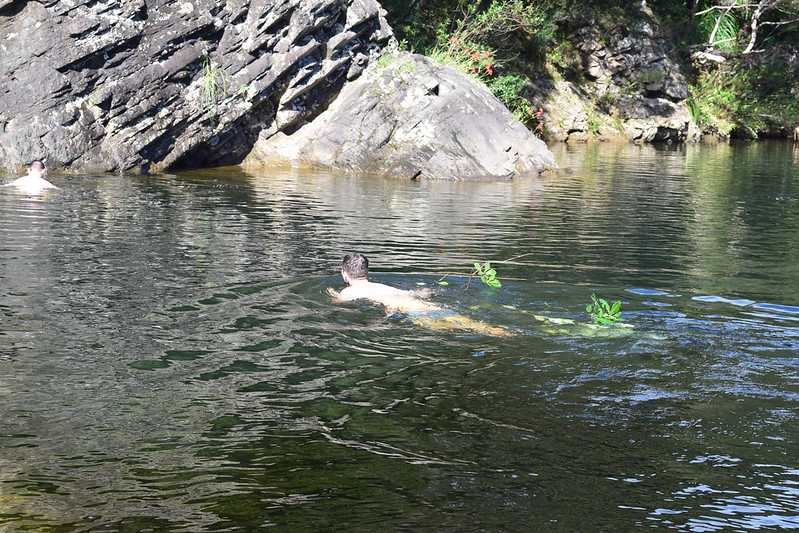 I even cut down a sapling (seen here) in the hopes it would be long enough to reach the bottom. No such luck…the pool, though small, is very deep. Sapling, my apologies to you for cutting your life short in a futile attempt to retrieve an expensive adventure cam.

Taylor managed to grab it off the lakebed, though, by diving off the top and swimming down and finding it. Big props to him! 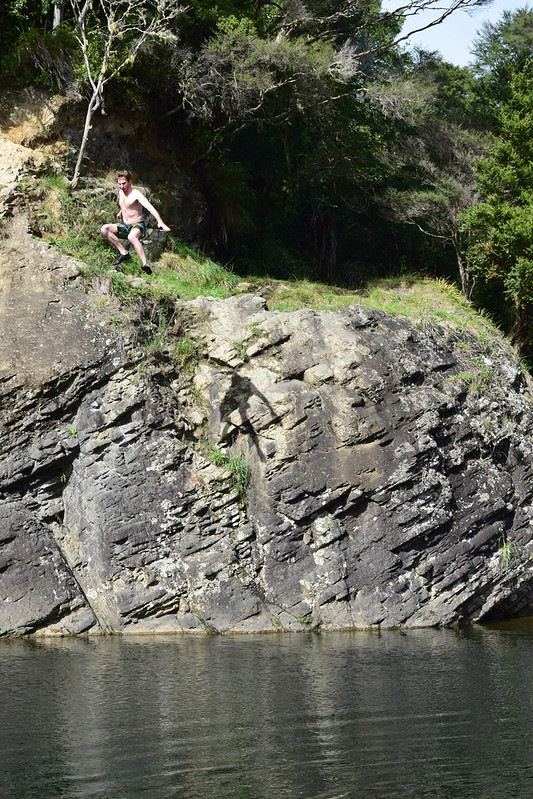 I like this shot because the perspective makes it look at first like Taylor is sitting on the top of the rock. It’s only when you see his shadow you realize he’s in midair. 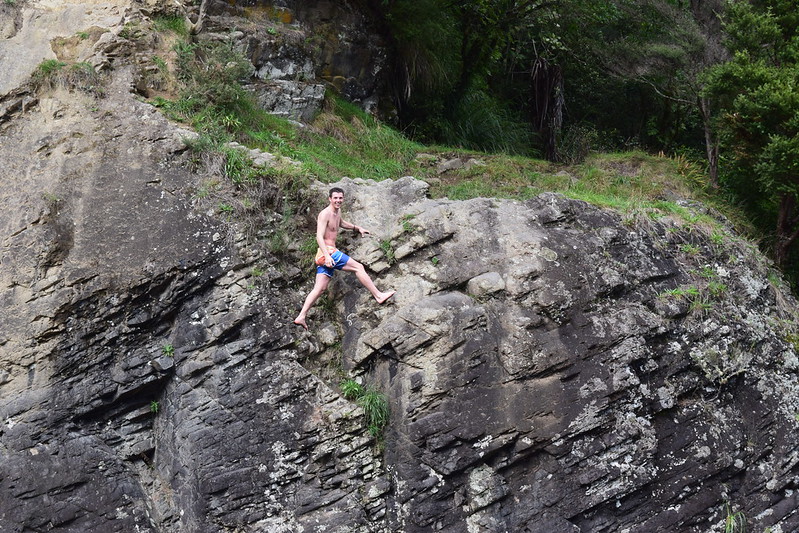 Contrast with this shot, where it looks like Lukas is striking an improbable pose in midair but is in fact freeclimbing the rock face. 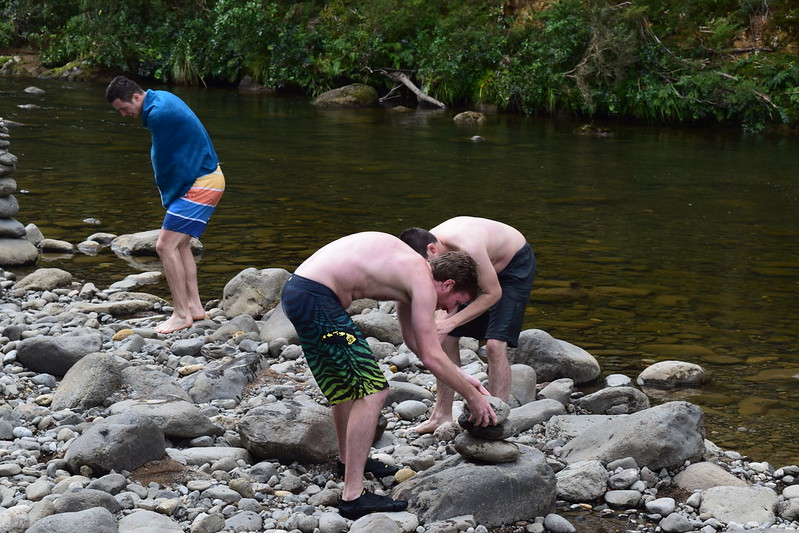 In the middle of all the shenanigans, the rock pile fell down. Being the good citizens we are, we (again by which I mean they, with me photographing) decided to rebuild it. 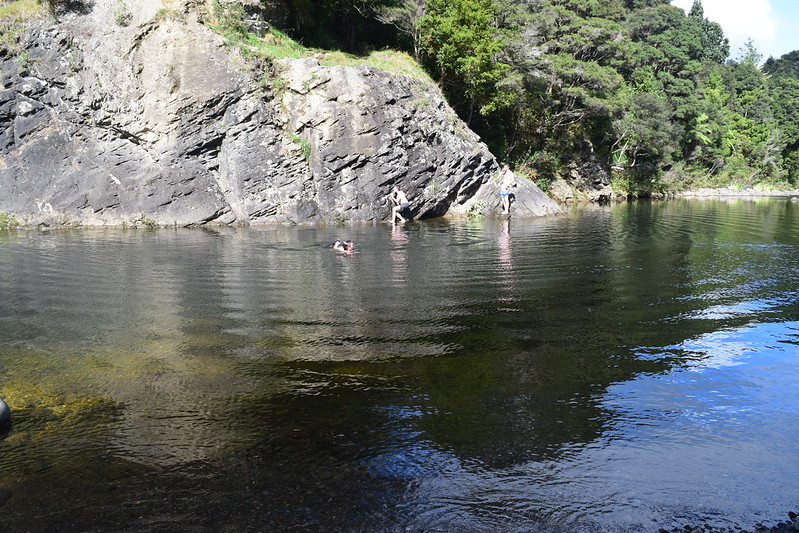 If you’re interesting in cliff jumping, stunts, or even just a nice picnic spot, Hoffman’s Pool is a beautiful and somewhat hidden gem in the Coromandel that’s worth checking out!

Next time: a not-so-hidden gem in the Coromandel!