I am so excited to finally be posting about this. This is one of my favorite adventures of the year so far. Taylor and I went out to the island of Tiritiri Matangi — a bird sanctuary and conservation island — and spent the night in one of the conservation huts. We got a full 24 hours of birdwatching, hiking, exploring, and photography.

It was great. So great, in fact, that I got nearly 400 photos from the trip. Even being very choosy about which photos I show and which stories I tell, this is going to be multiple parts.

So let’s get started! 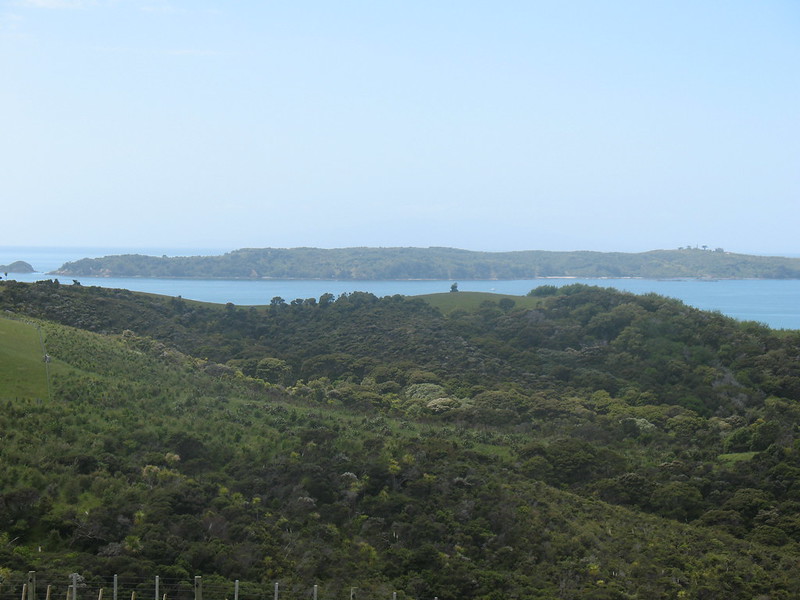 We have encountered Tiritiri Matangi before, actually; this shot is from Shakespear Regional Park (if you check out that post you’ll see I have another photo of the island as well, even mentioning it in passing). This photo is from my old Canon Powershot (add Shakespear to the list of places I need to revisit with the Nikon), but if you Zoom and Enhance you can even see the lighthouse!

Those who have been paying some attention to New Zealand geography (or at least those who went back to re-read the Shakespear post) will not be surprised to hear that the island is right off the tip of the Whangaparaoa Peninsula.

(Map courtesy of the New Zealand Department of Conservation.)

As islands go, Tiritiri Matangi is not large. It’s possible to walk around it in an afternoon. The island, as we have already seen, houses Auckland’s first lighthouse. The lighthouse was brought to New Zealand in sections from Britain, which even in the 1800s can’t have been the most efficient way to do it. 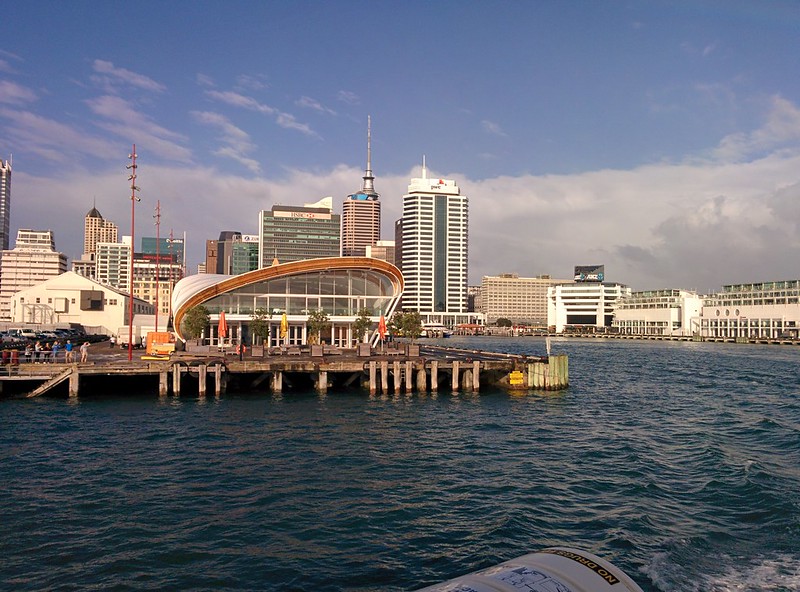 The ferry to Tiritiri runs Wednesday – Sunday, so be aware of this. During the Summer, you should buy your ferry tickets well ahead of time, as there’s only one ferry per day and it sells out quickly.

If you want to stay overnight, you also need to make those bookings in advance. 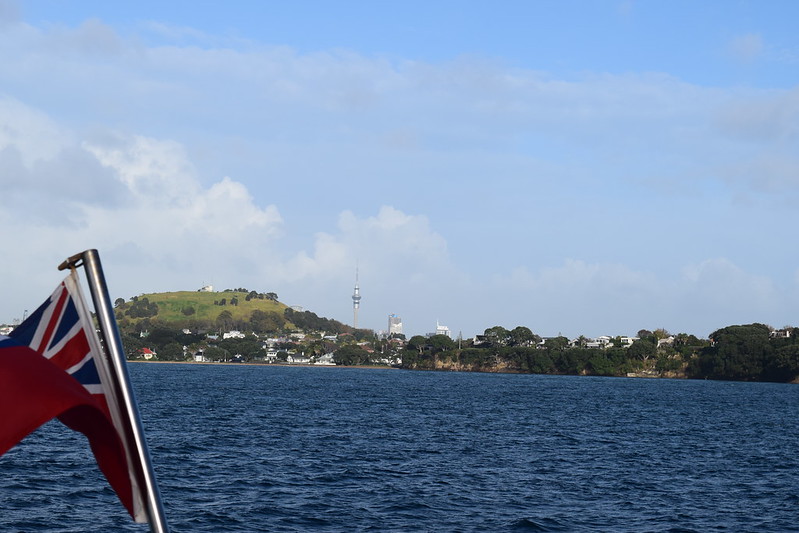 Once landed, you must listen to a short briefing, plus a longer briefing if you’re staying overnight. Some tens of thousands of visitors stop by the island every year, so the rangers and tour guides have distilled the information down pretty efficiently. You can pay for a guided tour if you would like, but if you’re staying overnight you should probably (as we will discuss later) make friends with one of the many conservation experts there and wrangle your own personal guided tour after the hordes have departed. 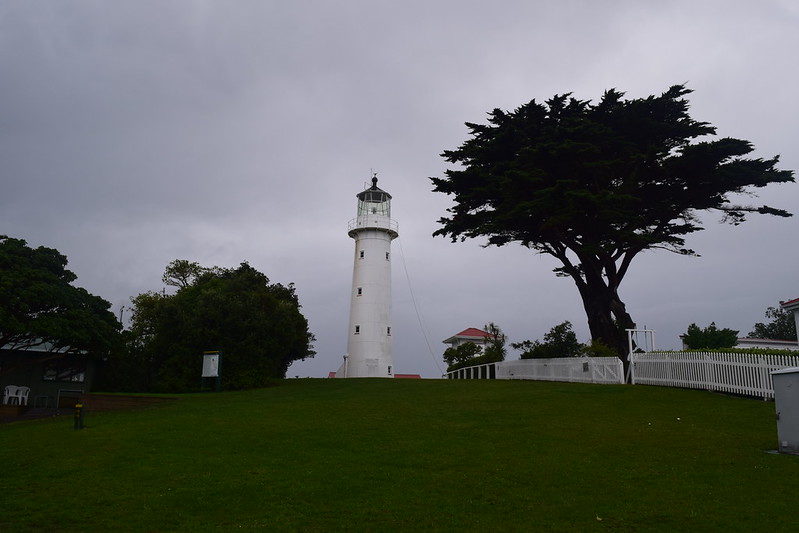 The bunkhouse is quite nice (I characteristically failed to get any photos of it, either inside or outside) and is overlooked by the lighthouse. As you can see, the day was quite overcast. 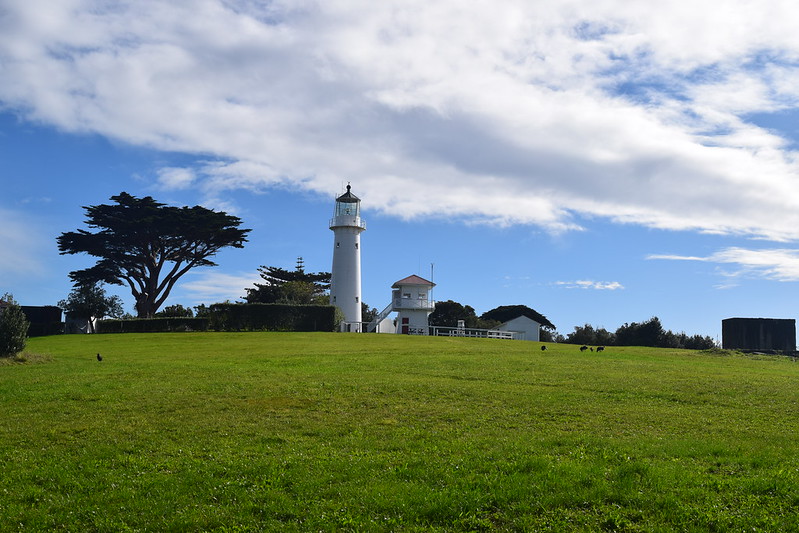 Just kidding! The difference in time stamps on these two photos is literally less than 45 minutes. 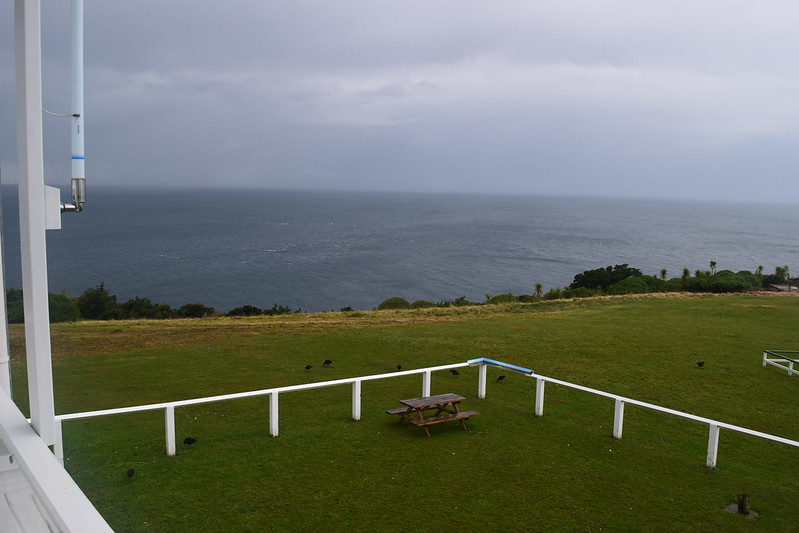 Climbing up to the observation house (I don’t know if that’s what it’s called, but I called it that because it’s high up and suitable for observing things) you can look over the backyard of the ranger station. There are many pukeko around. 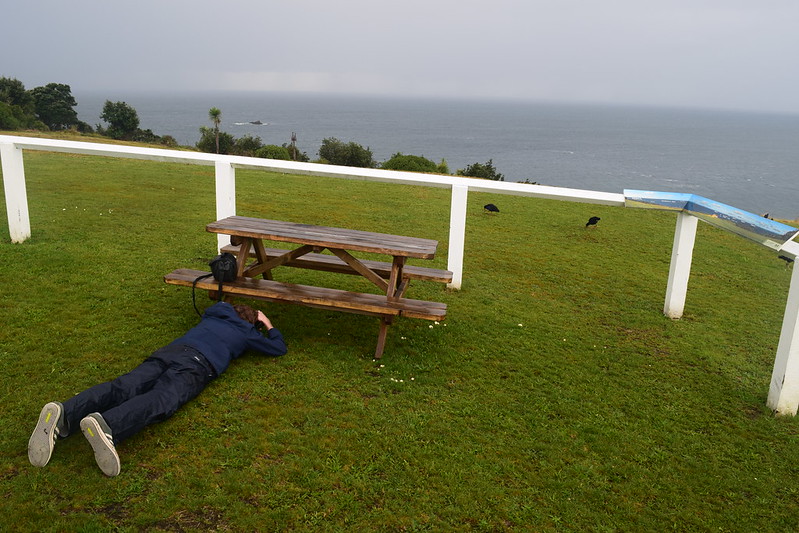 Taylor went full Solid Snake in his effort to get a photograph of some pukeko. He was wearing a rain suit, which protected him very nicely from the wet ground at the expense of skin breathability. In either case, pukeko are not a very exciting bird, so I’m not going to lie down for one even if I did have a rain suit. Which I didn’t. Sorry, pukeko! 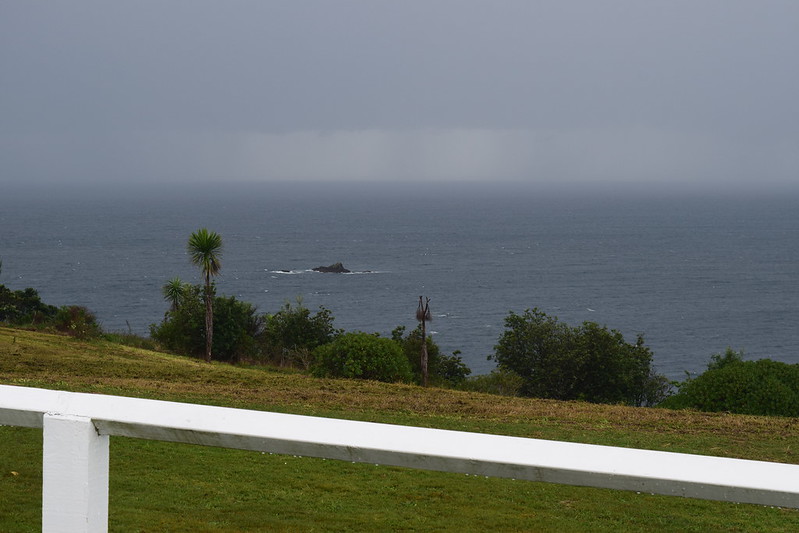 The cloudy, rainy day. We alternated between nasty rain and clear skies until the weather pleasingly settled on clear. In the distance in this photo you can see it absolutely dumping out in the gulf. 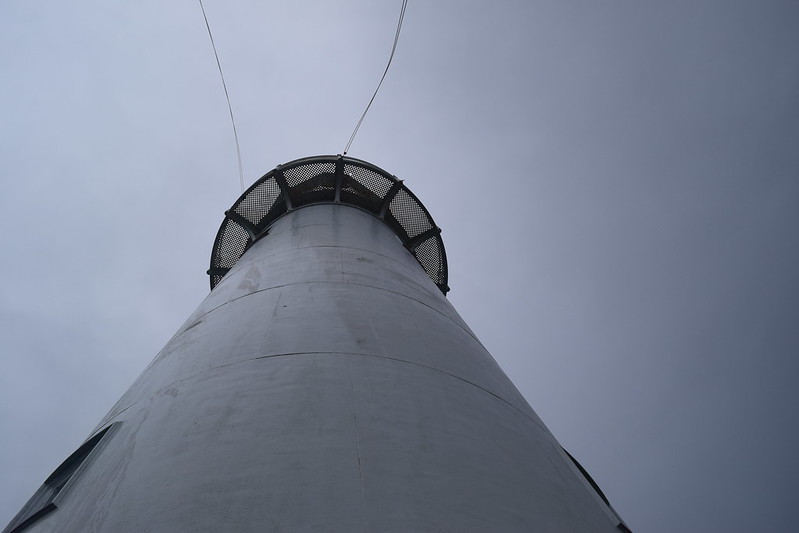 We spent some time getting some artsy shots of the lighthouse. This one would probably be more enjoyable had I waited until the clouds broke.

Taylor’s attempts were much more acrobatic. 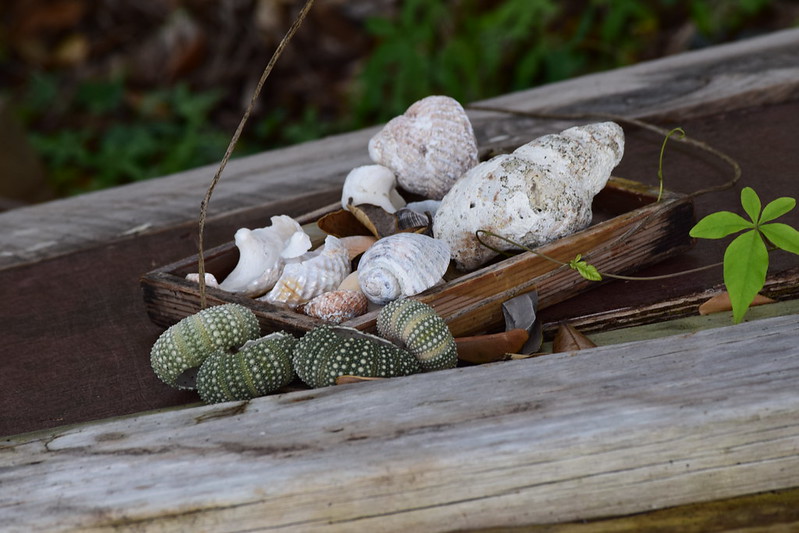 Someone who came before us had collected some shells and left them very nicely arranged. I like it when other people compose my photos for me and all I have to do is take the picture. 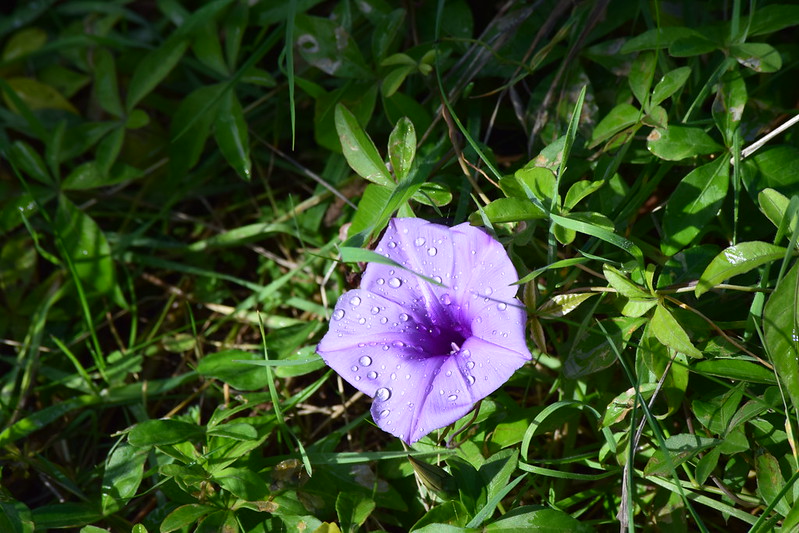 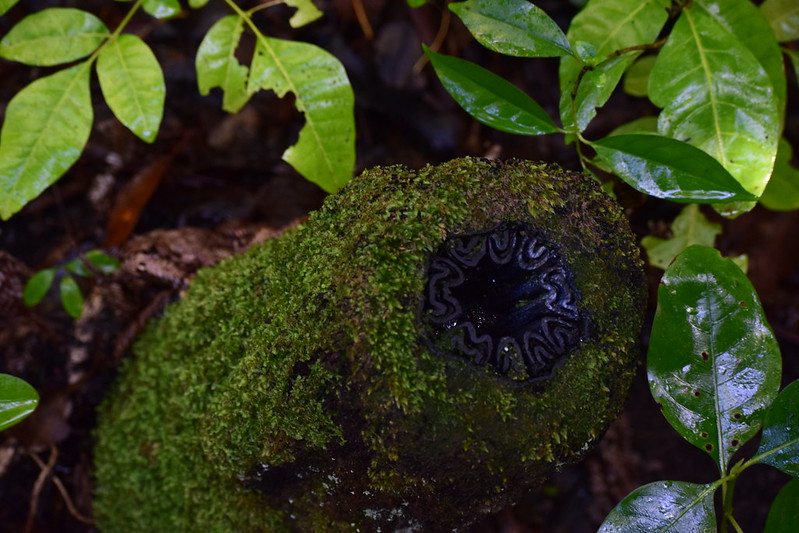 I’m not sure what bored this hole, but we found a few of these around. Some cursory Googling did not come up with anything. Very cool, though! 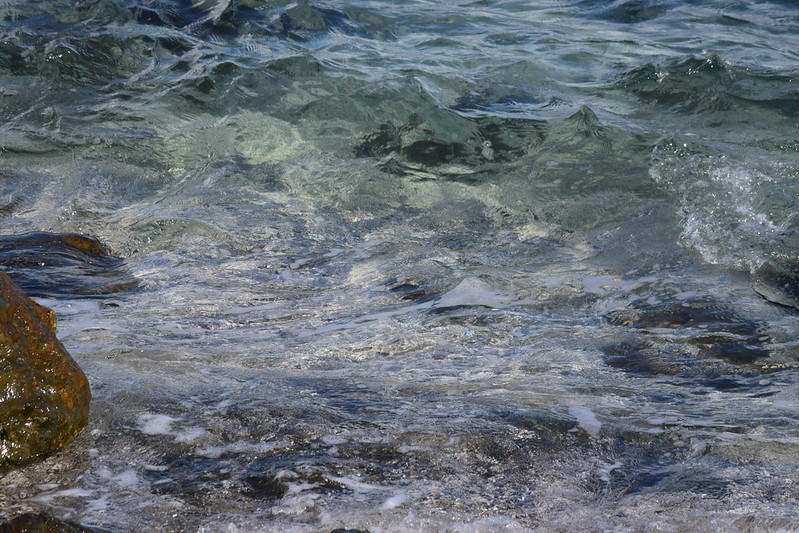 Speaking of cool, I’m quite pleased with this shot of the seawater in one of the coves we visited! 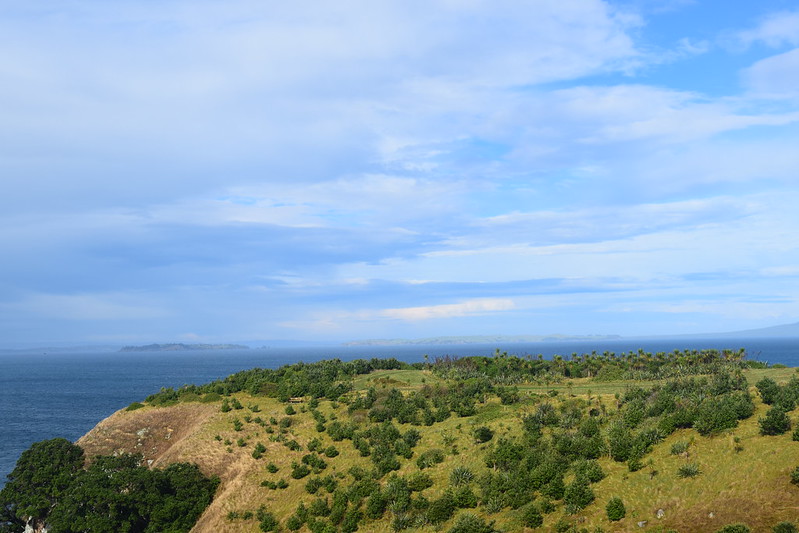 The colors in the sky here, too, are quite nice. As you can see, the weather just got better. The sky looks like a painting! 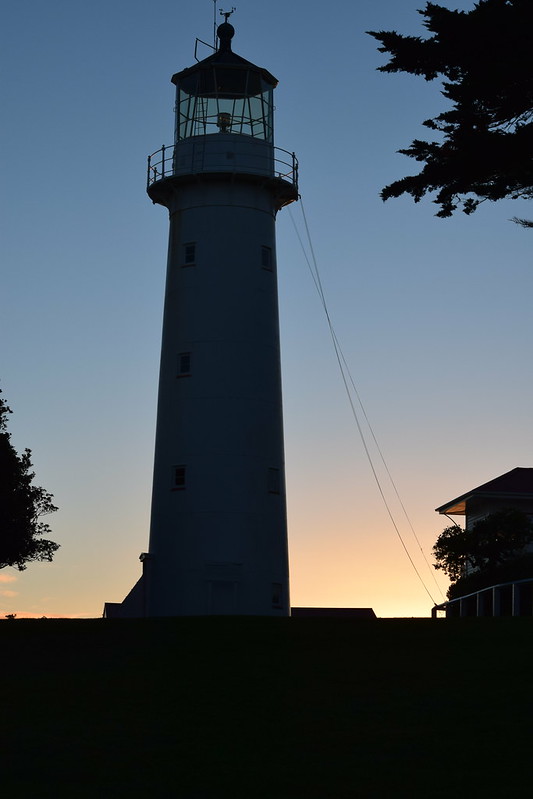 And ooh, that sunset. This may be my favorite shot of the bunch. It’s hard to pick, though.

Tiritiri Matangi is gorgeously beautiful and wonderfully birdful. If these morsels tantalized, don’t worry; we’re not done with it yet! I’m going to dedicate a whole post to just bird photos and another one to the views from the island. And I may be able to squeeze some good old fashioned adventure blogging in there as well.

I hope by the end of it you’ll fall in love with Tiritiri Matangi as much as I have.

2 thoughts on “Tiritiri Matangi, Pt. 1: The Island Tossed by the Wind”