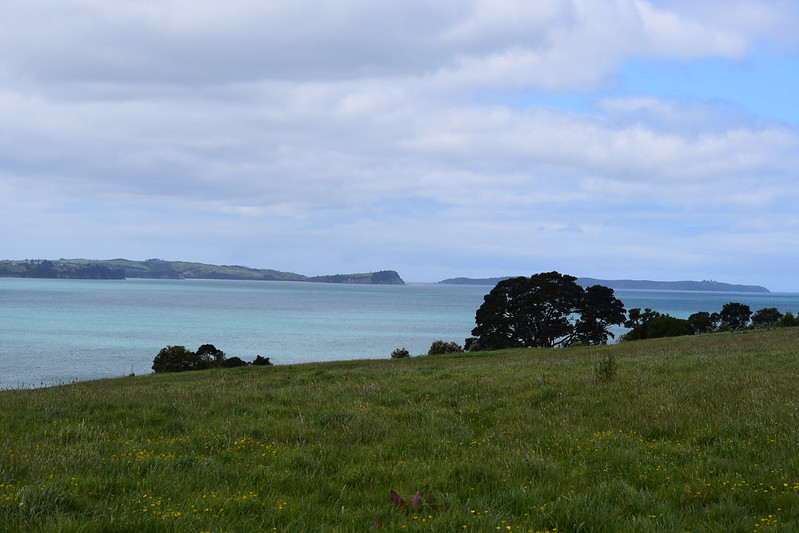 Much like the eponymous Road, this blog has taken its share of twists and turns. One such twist is that many of my excursions in late 2017 were not so much adventure hikes as they were bird-watching expeditions. Which is a bit of a chancy proposition, really; adventure can be found most anywhere if you try hard enough. But no amount of effort can make rare and interesting birds appear where they are not (or even where they are but are feeling shy). 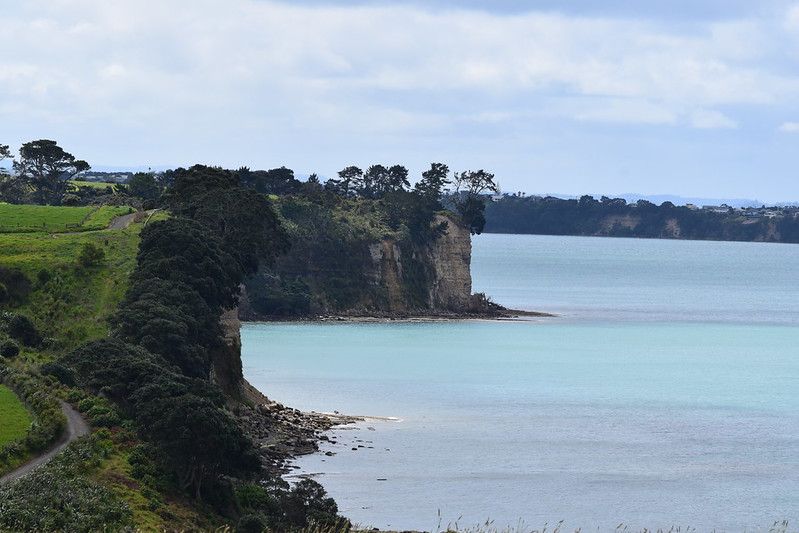 In a quest for some birds, I headed North to Long Bay. Although the purpose was not adventure or scenery, it did wind up being pretty and I did have a short brush with, if not adventure, at least a slight bit of discomfort. 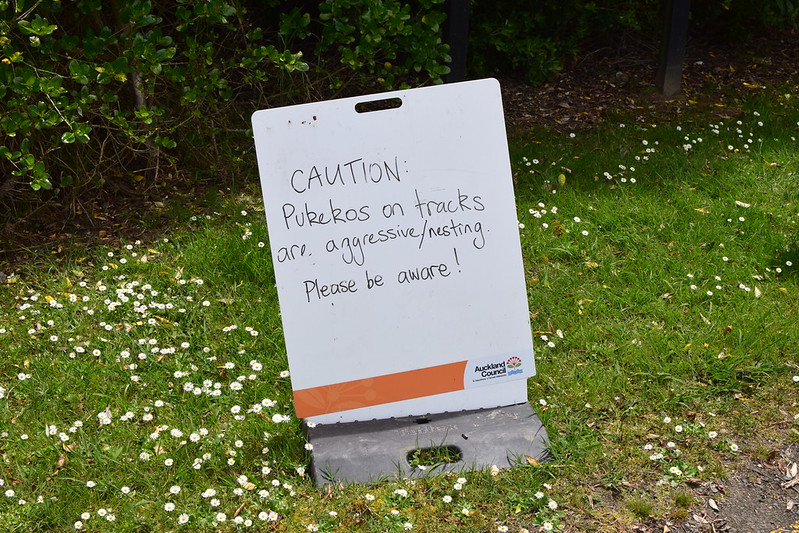 I don’t quite know what an aggressive pukeko does, but fortunately I didn’t find out (that’s not an adventure I would much relish!) 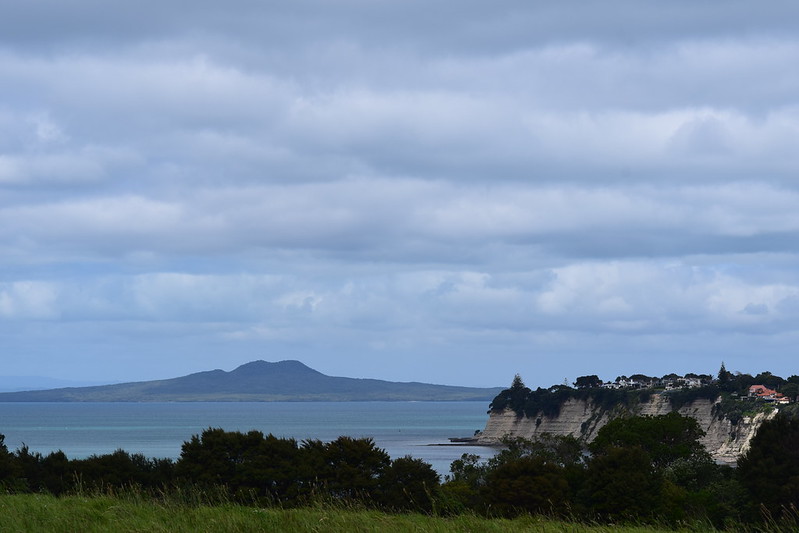 Long Bay does provide quite nice views of the Hauraki Gulf, dominated of course by the iconic Rangitoto. 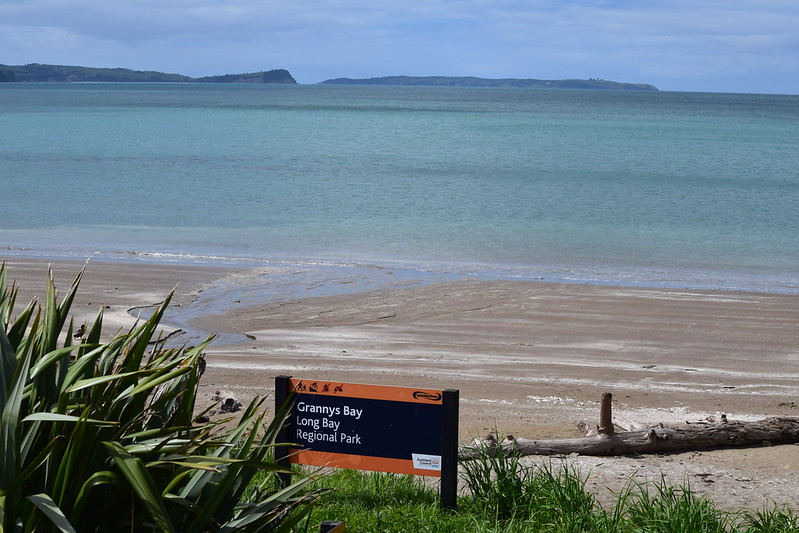 There are multiple opportunities to head down to the many beaches along the bay. This one is apparently Grannys Bay. 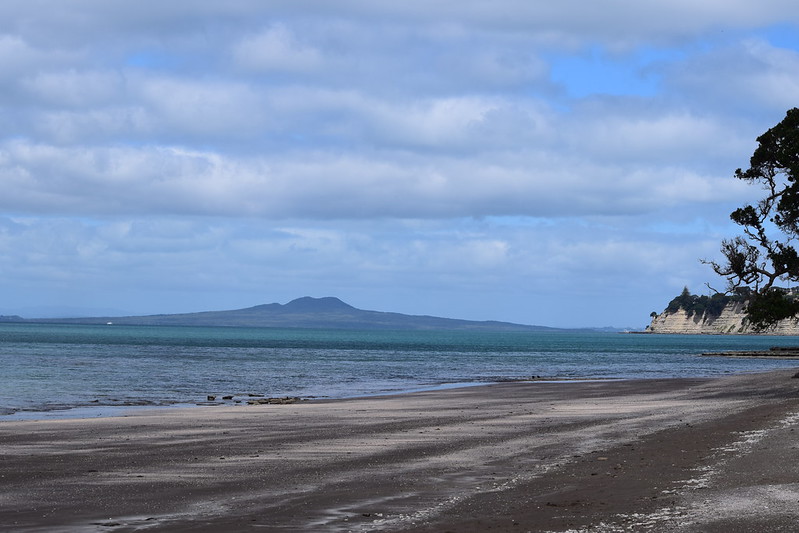 I took a brief break from stalking shorebirds to snap another shot of Rangitoto. 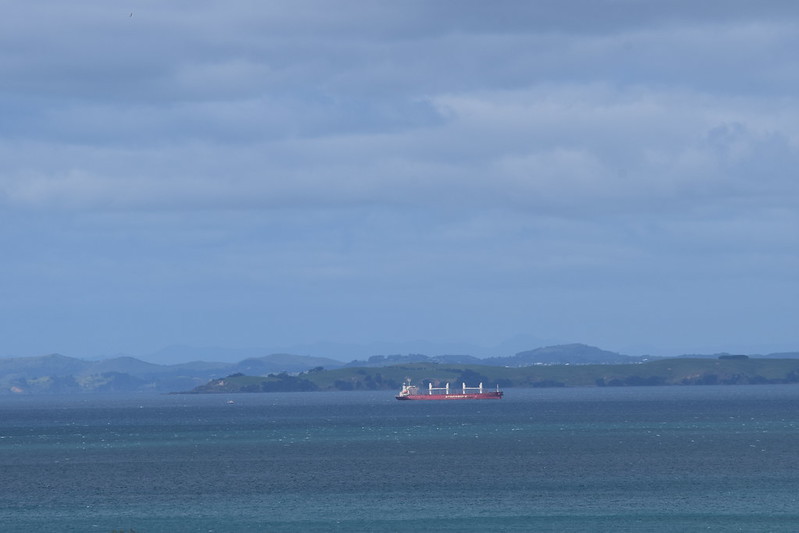 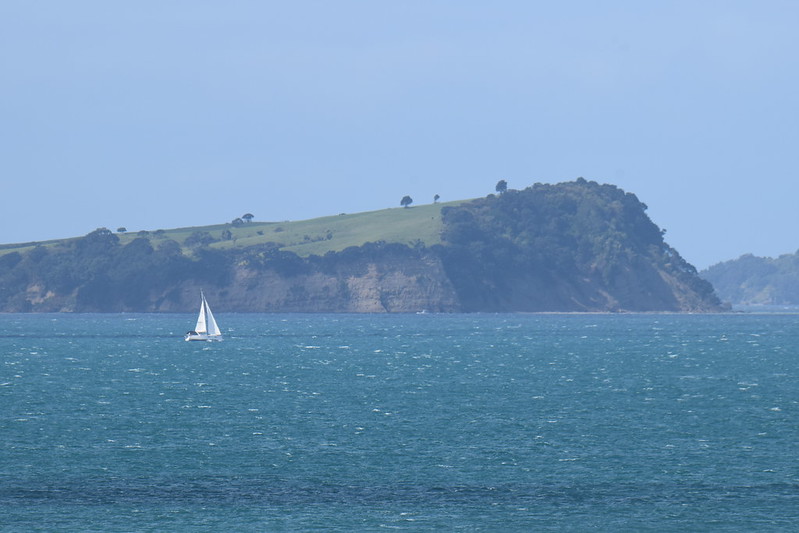 As well as another boat of somewhat smaller proportions. 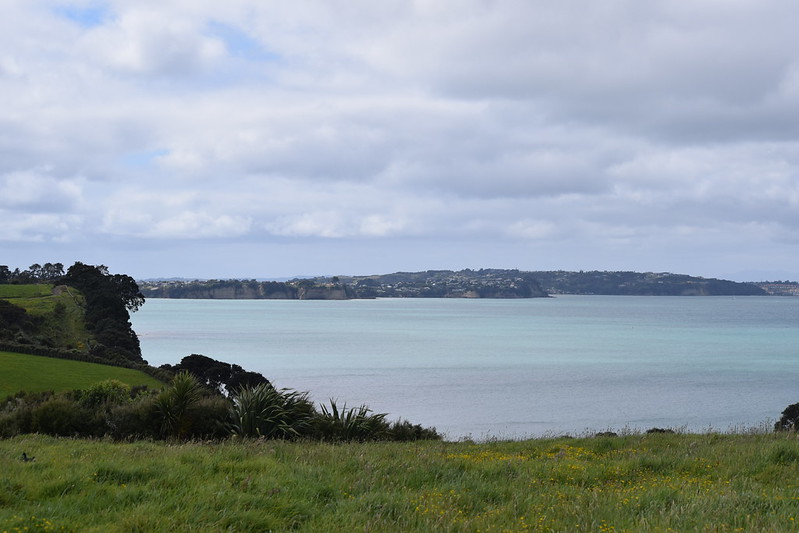 The bay is certainly very pretty, and this would probably have been a very worthwhile trip even sans birds. 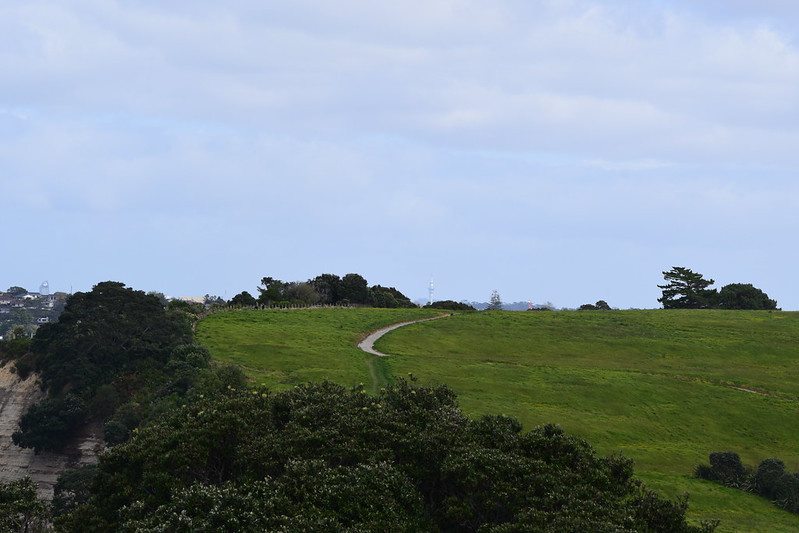 I was also amused to see the Sky Tower peeking up over this hill upon my return journey! 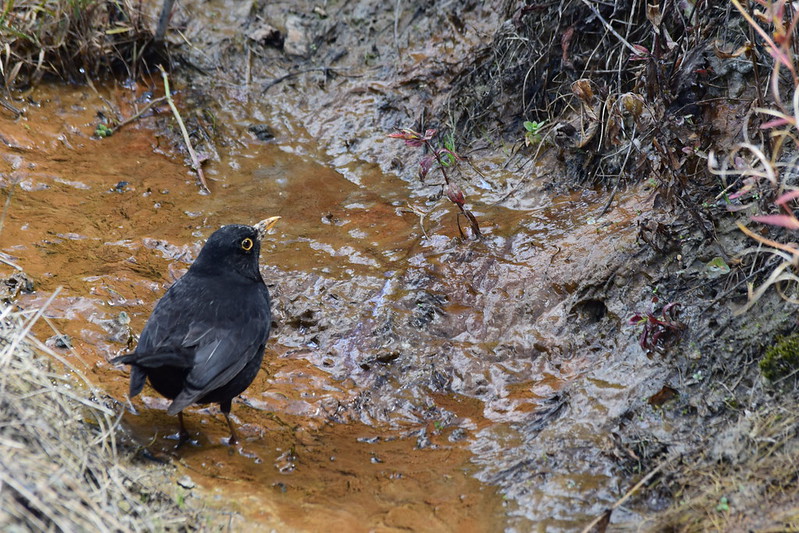 I first wet my beak, as it were, on this common Eurasian blackbird. 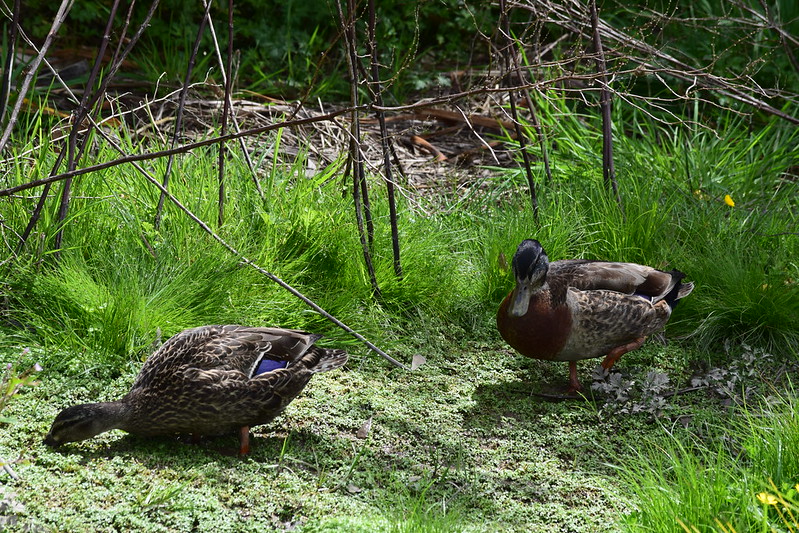 I also captured many duck photos on this trip. The ducks in Long Bay Regional Park are quite sociable. 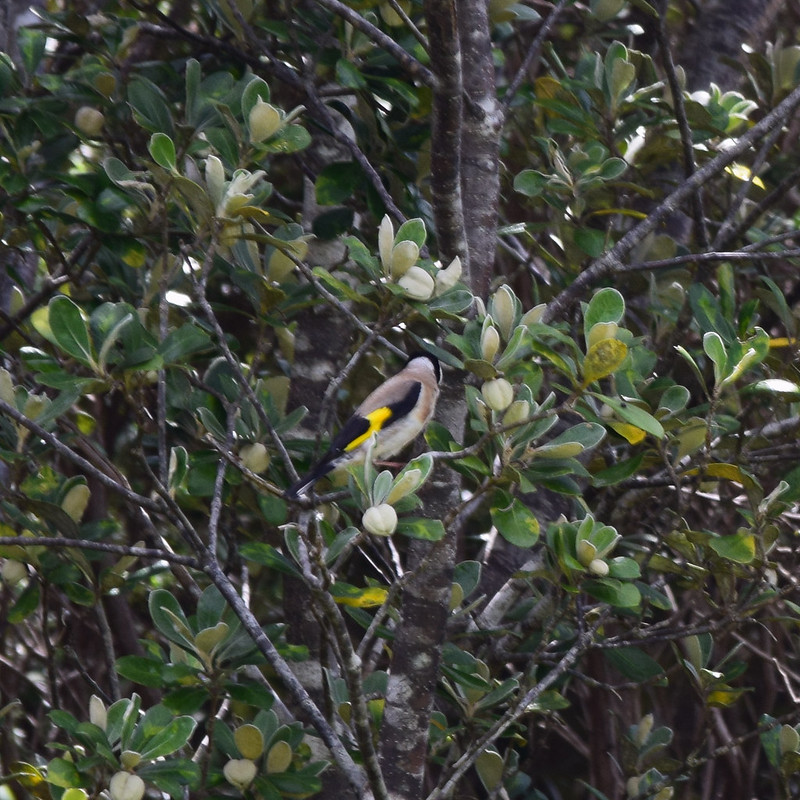 I also offer for your consideration a rather poor photo of a European goldfinch, taken with the medium lens. I really only include it because I don’t yet have a photo of one of these birds on this site. 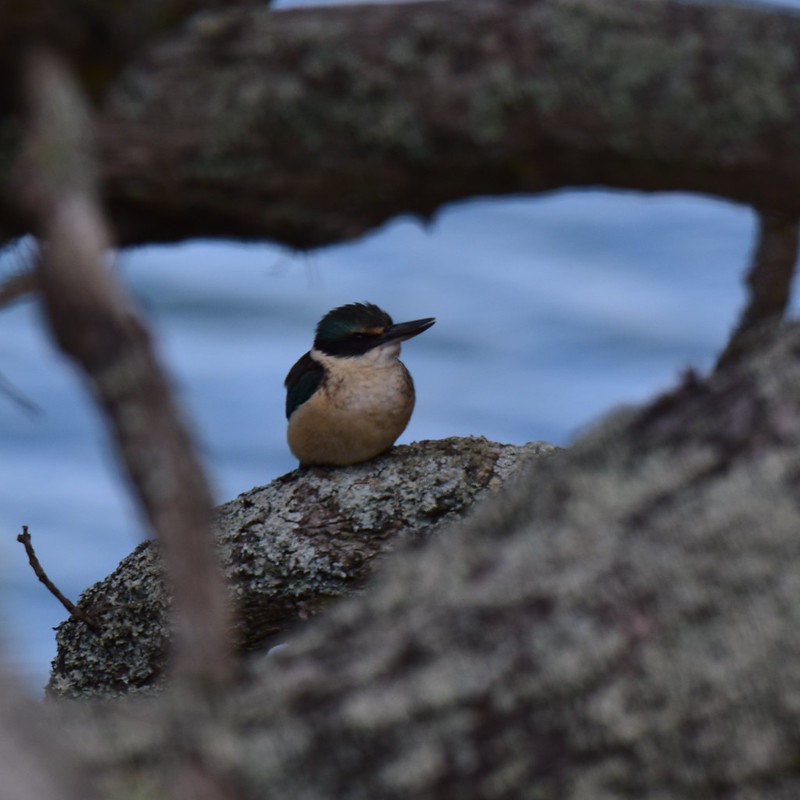 This photo of a kingfisher is not quite as good as the ones I took at Kendall Bay, but I cropped it so it looks better :) 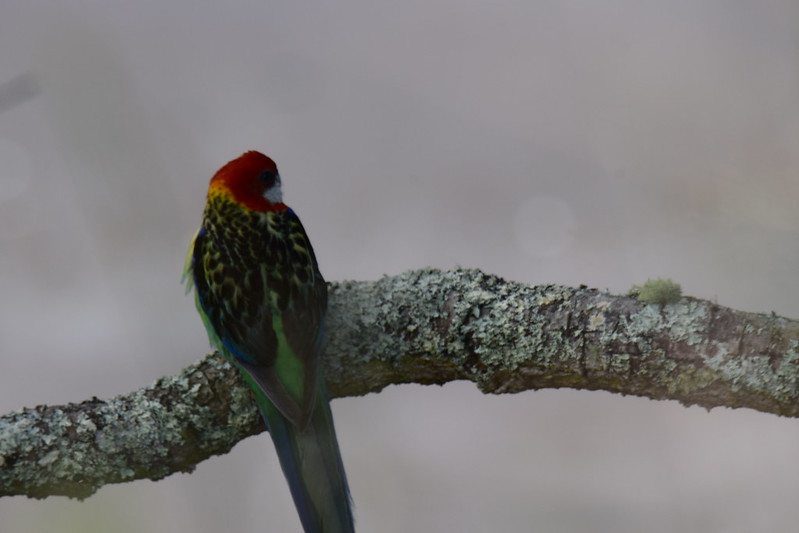 I quite like this shot of an Eastern rosella. Getting this shot also required being far closer to the cliff edge than I was comfortable with, but I feel that it turned out well. This was taken at 550mm on the big lens! 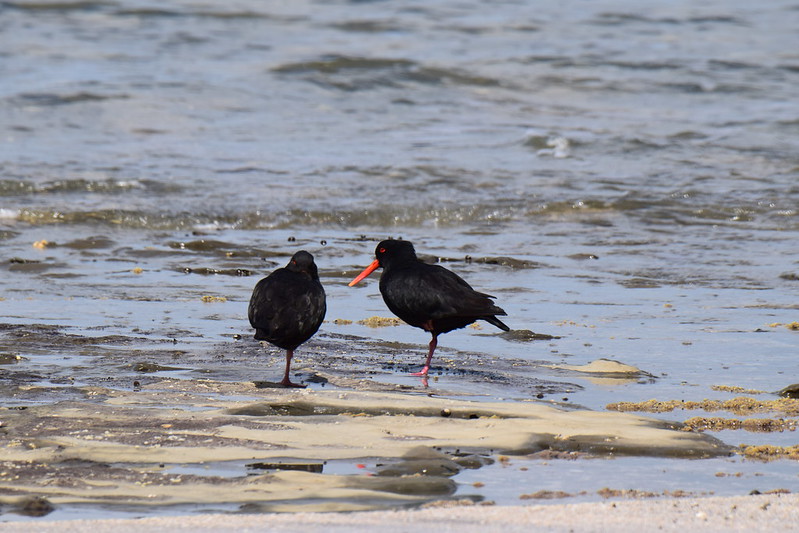 And finally, another new one for this blog: some variable oystercatchers. These birds are really cool looking, and I found two pairs and a singleton wandering around the bay. 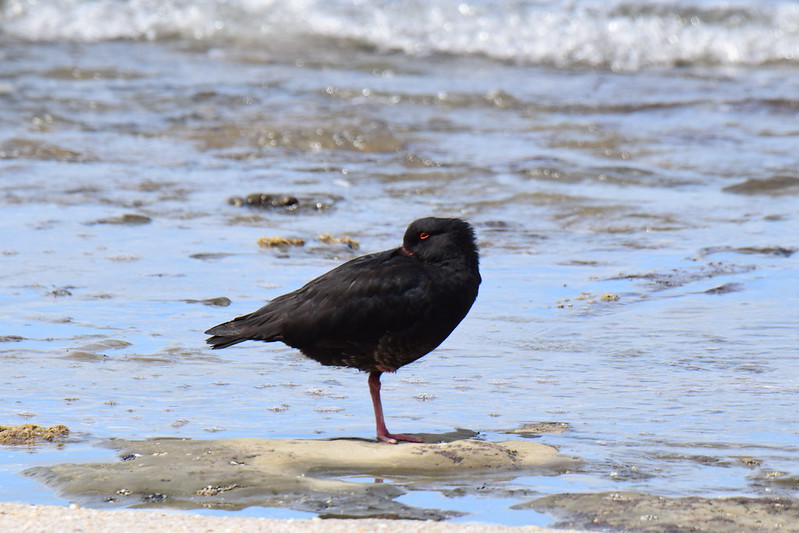 I hope you enjoyed this quick and birdful trip up to Long Bay! I’ve got a few more of these short trips to post, and then something a bit longer :)